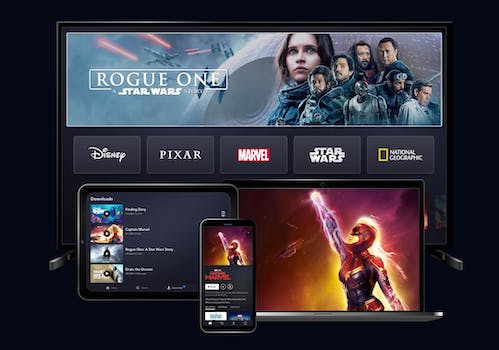 How to watch Disney+ on a smart TV

Not all Smart TVs are Disney+ friendly. Here's a primer to see if yours is compatible.

Disney Plus is here, and luckily, it’s available to stream on just about every popular streaming device, including Roku, Apple TV, Chromecast, the Amazon Fire family of streaming sticks, TVs, and tablets. Here’s all you need to know if you’re trying to watch Disney+ on your Smart TVs and Amazon Fire-compatible device.

Will Disney Plus be available on smart TVs?

Yes and no. Many popular models going back to 2016 will be able to stream Disney+ without any issue. Disney Plus is compatible with three of the popular Smart TV brands on the market, including Samsung, LG, Amazon Fire TV Edition, and Android smart TVs. LG Smart TVs from 2016 or later with the Web OS 3.0 or later installed will be able to stream Disney+. Using the built-in web browser is not supported, nor is the NetCast OS. For Samsung TVs, any model from 2016 or later running the Tizen operating system will work. Neither the built-in browser or the Orsay OS will work with Disney Plus. The Disney+ app is available to download on many Android TVs through the Google Play store, including popular models like Sharp AQUOS and Sony Bravia.

At the moment, Vizio Smart TVs will not work with Disney+, though the company is working toward compatibility which will release at a later date.

How to stream Disney+ on a smart TV

Disney+ is available on the app store of your smart TV, or, if it’s new enough, it may already come pre-installed and ready to use from your TV’s home page. The app is free, but you will need to acquire Disney Plus credentials by signing up for a subscription.

After that, get ready to enjoy what’s on Disney Plus and all the time-honored content from one of the most anticipated streaming services. What’s on Disney Plus? More than 500 Walt Disney studios movies and 7,000 episodes Walt Disney television, including movies from Pixar, Marvel, Star Wars, National Geographic, Fox, and 30 seasons of The Simpsons. Plus there are also exclusive original productions including Lady and the Tramp, Wandvision, Monsters at Work, and of course, The Mandalorian. One subscription works on up to four devices, and you can even download content directly to your device to watch anytime.

Here are the models that will support Disney+ via the free app. Vizio is a big brand missing from compatibility at launch, but the company is working on a fix that will release in 2020.