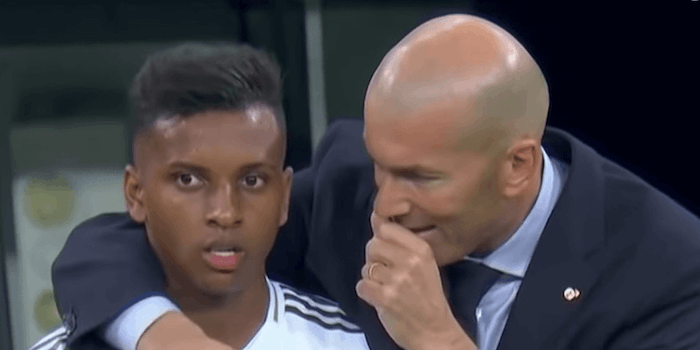 How to stream Real Madrid vs. Eibar live

Real Madrid is coming off a 6-0 win in Champions League; what can they do in La Liga?

Real Madrid will travel north to Eibar on Saturday, to try and keep pace with its Catalan rivals in a crowded La Liga field. But S.D. Eibar has history on its side, as Madrid’s last trip to the Basque city, in November of last year, saw Eibar embarrass Los Blancos by a 3-0 scoreline.

Here’s everything you need to know to stream Real Madrid vs. Eibar live.

Eibar (Form: DLLWW) has picked up back-to-back wins, and the club now is six points above the relegation zone. Hosting Real Madrid is a scheduled loss for most teams, so if Eibar can pick up any points from this game, it will be a success.

Real Madrid (Form: DWLWD) morale is high after a Champions League hat trick from youth sensation Rodrygo in its 6-0 thrashing of Galatasaray on Wednesday. Madrid is jointly on top of La Liga with Barcelona (and Real Sociedad), and a win against PSG in the next UCL round can clinch a Round of 16 berth. There’s a revenge factor there as well, after being embarassed 3-0 at the Parc des Princes in September. Three points are expected against Eibar this weekend, and anything less could put the club into tons more media scrutiny.