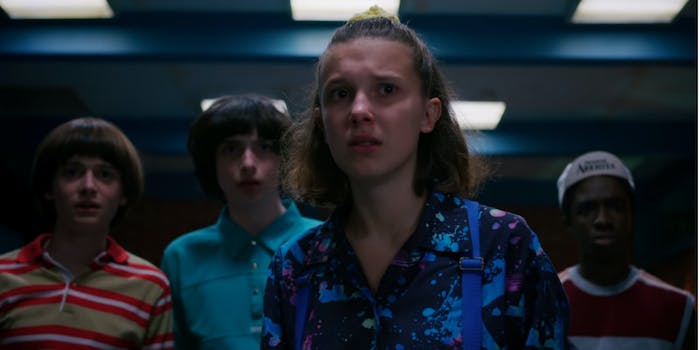 Netflix loses subscribers—but hopes some tentpole shows can save it

Despite declarations from Netflix about impressive viewer numbers, this week it reported a decline in U.S. subscriptions—its first since 2011.

In its second quarter, Netflix lost roughly 130,000 subscribers stateside, which no doubt coincides with a price hike announced in January. Netflix confirmed this in a letter to shareholders and said that the absence of tentpole series like The Crown and Stranger Things contributed to a poor showing over the last three months. The early July release of Stranger Things season 3, which reportedly broke streaming records for Netflix, as well as a final season of Orange Is the New Black, are forecast to help pull in more than 7 million subscribers in the third quarter. CEO Reed Hastings also addressed rumors of ads being implemented, saying those claims are “false.”

In November, Netflix will contend with Disney’s new streaming service, and streaming platforms from WarnerMedia, Apple, and NBC are expected to debut within the next year. Hastings didn’t seem worried about eventually losing Friends and The Office, writing: “Much of our domestic, and eventually global, Disney catalog, as well as Friends, The Office, and some other licensed content will wind down over the coming years, freeing up budget for more original content.” In the letter he praised Dead to Me, which reportedly reached 30 million households in its first month (and was nominated for an Emmy), and When They See Us, which reached 25 million in its first month (and was also nominated for an Emmy). Adam Sandler’s Murder Mystery reached 73 million in its first month.