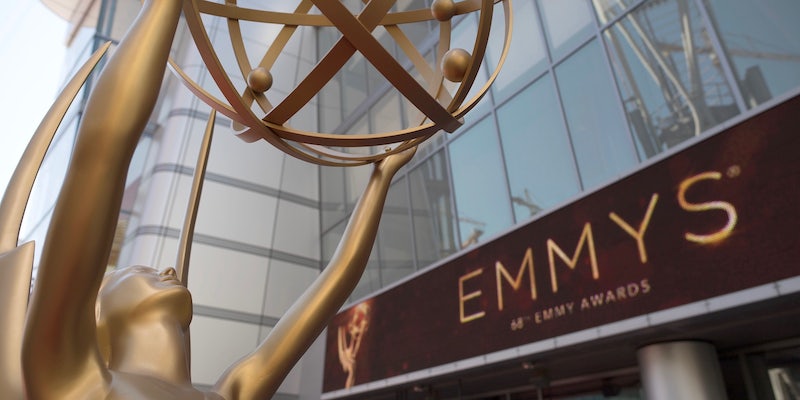 They'll be competing against power-hitters like 'Game of Thrones,' 'Veep,' and 'Barry.'

Streaming networks like Netflix, Hulu, and Amazon Prime Video have long made their mark at the Emmy Awards, but with this year’s Emmy nominations, it’s the comedies that made headway.

But streaming’s Emmy chances for major categories largely reside in the comedy categories.

The drama categories are largely stacked toward Game of Thrones—acting nominations account for 10 of the series’ 32 nominations—but Ozark, Bodyguard, and House of Cards all made an appearance. Ozark is up for outstanding drama series while stars Jason Bateman and Laura Linney both received acting nominations. Bodyguard was nominated for drama series (while star Richard Madden was left out of the lead actor in a drama race). Previous Netflix powerhouse House of Cards didn’t get a series nomination but did for Robin Wright and Michael Kelly for its final season. The Handmaid’s Tale‘s Cherry Jones and Bradley Whitford received guest acting nominations, as did Kumail Nanjiani for CBS All Access’ The Twilight Zone.

But streaming also has some strong potential for wins in the limited series and TV movie categories. Out of When They See Us‘ 16 nominations, eight of them are for acting. (Aunjanue Ellis and Niecy Nash for lead actress; Jharrel Jerome for lead actor; Marsha Stephanie Blake and Vera Farmiga for supporting actress; and Asante Blackk, John Leguizamo, and Michael K. Williams for supporting actor.) It’s also up for best limited series against Sharp Objects, Chernobyl, Escape At Dannemora, and Fosse/Verdon.

The reality and variety categories also include several streaming names like Nailed It! for competition program, Queer Eye and Tidying Up With Marie Kondo for structured reality program (Kondo is also nominated for reality program host), Somebody Feed Phil for unstructured reality program. Netflix is almost completely competing with itself for pre-recorded variety special between Hannah Gadsby: Nanette, Homecoming, Springsteen on Broadway, and Wanda Sykes: Not Normal. Other familiar titles include Comedians In Cars Getting Coffee, My Next Guest Needs No Introduction With David Letterman, and I Love You, America With Sarah Silverman.