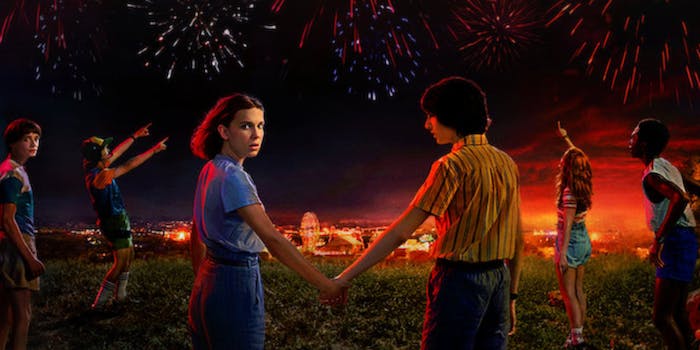 It wasn't just you.

A whopping 18.2 million households watched the newest season–in its entirety–within the first four days of its release, according to a tweet from the streaming service.

40.7 million household accounts have been watching the show since its July 4 global launch — more than any other film or series in its first four days. And 18.2 million have already finished the entire season.

The latest installment of the sci-fi-horror series premiered on July 4 and garnered views from 40.7 million households overall, according to the tweet.

This news comes on the heels of the streaming service’s previous record-breaker, Jennifer Aniston and Adam Sandler’s Murder Mystery, which premiered on June 14.  Murder Mystery was allegedly watched by more than 30 million people within the first three days of its release.

The number counts come from Nielsen, which began tracking Netflix views in 2017, according to Complex. Nielsen only tracks views on television sets, leaving every view that originates from a laptop, phone, or tablet out of the equation.

The news also makes a fourth season highly likely, if it wasn’t already.

A fourth installment has not yet been confirmed by Netflix or Stranger Things producers, but cast member David Harbour (Jim Hopper) previously told CNET that a fourth season was definitely possible.

“We’re either going to season four or five,” Harbour said in 2018. “It’s still being debated. I do know the arc of the story, though. This was something that I discussed with [show creators] the Duffer brothers right from day one.”