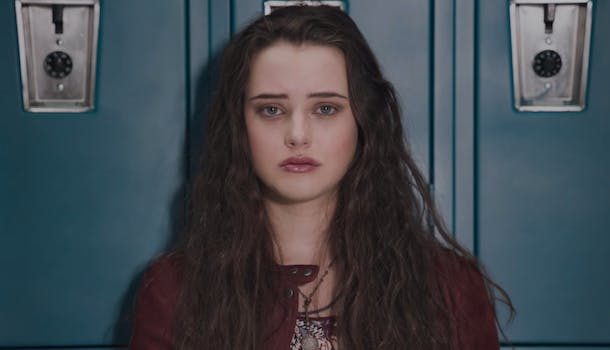 Graphic depiction of suicide cut from Netflix’s ’13 Reasons Why’

'We believe this edit will help the show do the most good...'

Since its premiere, 13 Reasons Why has been no stranger to controversy. Now, with the release of season 3 in the works, Netflix seems to be walking back a decision that made the original season such a lightning rod for controversy and discussion.

The explicitly graphic scene depicting death by suicide of at the end of season 1 has been edited to omit any visuals of the actual act committed by actress Katherine Langford’s character Hannah. The original nearly 3-minute-long scene featured Langford assessing her life while looking at herself in the mirror prior to entering a bathtub and slitting her left wrist nearly the length of her entire arm. The camera stays on Langford as her character grows increasingly lifeless and blood fills the bathtub until her mother enters and discovers the body. The episode opened with a trigger warning stating that it “may not be suitable for younger audiences” and included “graphic depictions of violence and suicide.” The original scene premiered on March 31, 2017.

The newly edited scene in the finale features Langford assessing her life in front of her bathroom mirror followed by an immediate cut to her character’s parents reacting to her implied suicide.

“We believe this edit will help the show do the most good for the most people while mitigating any risk for especially vulnerable young viewers,” showrunner Brian Yorkey said in a press release regarding the new cut. “Our creative intent in portraying the ugly, painful reality of suicide in such graphic detail in season 1 was to tell the truth about the horror of such an act, and make sure no one would ever wish to emulate it.”

Following the release of season1, the show received heavy criticism for glorifying suicide and studies performed at the time suggested that there might have even been a correlation between the release of the show and thoughts of suicidal ideation among teenagers. Prior to the release of season 2, Netflix even collaborated with Northwestern University’s Center on Media and Human Development to conduct its own study. Results showed that 63% to 79% of those surveyed felt that the graphic nature of Hannah’s death was necessary to depict how painful suicide really is.

In addition to the moral dilemma of editing out the original, visceral depiction of suicide, Netflix’s edit to 13 Reasons Why opens the conversation to another situation. As we continue along the path that current media trends predict and more shows are available solely through streaming platforms, is this going to become the norm? Edits such as these set more precedent for production companies responding to backlash of a product by just going ahead and altering that product.

Ridley Scott’s All The Money In The World featured heavy reshoots close to the film’s release to remove Kevin Spacey from the film. This was done in response to allegations of sexual assault against the real-life actor. Yet altering media due to divisive consumer reaction to the media itself presents a murky artistic and ethical situation that could become more frequent as streaming-exclusive media grows its library.