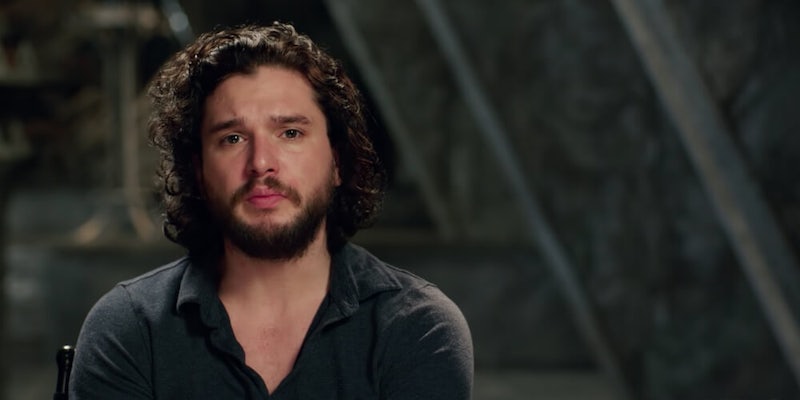 Update 10.08 CT, Aug. 26: Disney confirmed at the D23 expo this weekend that Kit Harington will play Dane Whitman, aka the Marvel hero known as the Black Knight. He will co-star in The Eternals, but this is a human character, not one of the quasi-immortal Eternals.

Game of Thrones may be over, but its cast is far from done dominating your big screen. Kit Harington a.k.a Jon Snow is slated to join the Marvel Cinematic Universe as it moves into Phase 4, according to Deadline.

Even though it hasn’t been announced exactly which movie or series Harington will be starring in–and there’s a lot of possibilities–people are nevertheless excited about the news.

me since the moment I heard that Kit Harington joined the MARVEL world pic.twitter.com/wn85sJ2K9R

Many are having fun speculating which character Harington should or should not embody.

One Twitter user wants to see Harington play a villain, a change of pace from the good-natured character he is known for playing on GOT. But, many–and I mean many–think Harington will be the wolverine. Harington becoming the next wolverine may be too on the nose, considering the direwolf represents all things House Stark.

Please stop cursing me by saying Kit Harington would be a good Johnny Storm. pic.twitter.com/Ynr80R8vhf

Kit Harington as Wolverine? I can see it #MarvelCinematicUniverse #D23 pic.twitter.com/g2ypaHn3Xn

Kit harington would be a great wolverine. But I think he could be very good as namor. He has the look and the acting abilities to nail the roll and give namor an amazing live action adaptation #MCU

Kit Harington In talks to join the MCU! But who can he play?! Perhaps James Howlett, aka LOGAN, aka WOLVERINE?!
pic.twitter.com/bWlBKQZCLl

If Kit Harington isn’t wolverine then they just simply messed up is all.

If you haven't read comics please please please do not trend cast Kit Harington as Wolverine. I get that he was a Stark/Wolf but honestly that little recognition isn't enough to doom us to 15 years if KitFrigginHarington playing Wolverine. Just leave this stuff to the nerds k?

Harington isn’t the first member of House Stark that marvel has snagged up. Harington’s onscreen sisters, Sansa Stark (Sophie Turner) and Arya Stark (Maisie Williams), also play characters in the MCU. The Eternals–a film slated to launch on Disney+ in 2020–is jam-packed with a star-studded cast, including Richard Madden, who played Robb Stark in the series.

And people are excited to see a possible reunification of the onscreen bros.

kit harington said the one person he’d bring back to life on game of thrones was robb stark bc he missed richard madden and now they’re both in the mcu together.. i’ve never loved anything more pic.twitter.com/is5syzctVL

An announcement as to which character Harington will be playing is expected to be made at the D23 Expo in Anaheim, California, over the weekend.