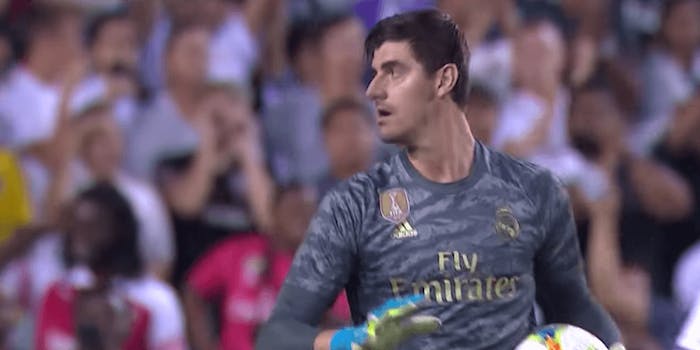 How to stream Real Madrid vs. Real Betis

Real Madrid has a rare battle on the field this weekend, with the usual gossip around the club pitting manager Zinedine Zidane against Gareth Bale for what feels like the hundredth time. The two will have to work together on Saturday if Los Blancos want to stay alive in the title race for longer than the previous two campaigns. Real Betis is one week removed from the club’s first win in five games, which moves Betis three points clear of the relegation zone.

Here’s what you need to know about how to stream Real Madrid vs. Real Betis—including what to watch for on the field.

Real Madrid (Recent form: WWLWD): Real Madrid, as always, is on the verge of a crisis with multiple figures within the club making their agenda known in recent days. The much-publicized rift between Zidane and Bale has supposedly been brought to a cease-fire after Zizou unsuccessfully tried to sell the Welshman this past summer. After being told he wasn’t in the manager’s plans Bale has found his way back onto the pitch with two goals and two assists in six games, and if he keeps this form up Zidane will run out of excuses for not playing the winger.

Real Betis (Recent form: WLLDL): Real Betis has had relative success in Madrid recently, winning at the Bernabéu 2-0 last May as well as a 1-0 win in September 2017. Lorenzo Morón is red-hot right now and has seven goals so far this season, tied with Karim Benzema for second-best in La Liga.