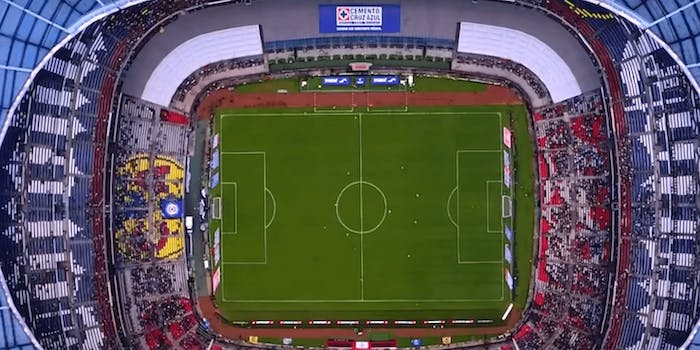 How to stream Club America vs. Cruz Azul live

Liga MX closes its weekend with a matchup of powerhouses in their shared stadium.

Here’s everything you need to know to stream Club América vs. Cruz Azul live on Sunday.

The Clásico Joven returns on Sunday for the first time in 2020, with Club América playing host to Cruz Azul in the stadium the teams currently share. Cruz Azul has not won a Clásico as the road team in its last four tries, although América won as the road team, 2-0, in December 2018.

Both teams look playoff-bound: América is currently in third place in this Clausura, with Cruz Azul in first with a league-best 23 goals so far.

The match is on TUDN and UniMás and streaming on FuboTV, Sling TV, AT&T TV Now and Vidgo, providing fans the opportunity to catch Liga MX action throughout the season.

Sling TV provides two base channel package options, each priced at $30 per month. Sling Orange includes three ESPN channels, while Sling Blue includes sports channels like NBCSN (where many Premier League matches appear), NFL Network, and local channels. (Blue customers in select markets get NBC, where some matches appear; see if yours has it here.) Sling Blue also brings Fox News Channel, MSNBC, and Headline News as part of its regular slate of channels, with Fox Business Channel available for those who get the Sling Blue News Extra add-on.

América (last five Liga MX games: WWWLD) displayed a dominant performance in its last appearance, winning 3-0 at the Azteca over MLS powerhouse Atlanta United in Concacaf Champions League play. Roger Martínez was on the bench but was not needed, as United allowed three goals in the first half. América and coach Herrera, who bested Atlas 2-1 in its last Liga MX tilt—one that was just 10-on-10 for more than a half of play—will be facing a much tougher opponent on Sunday.

Cruz Azul (last five league games: WWWWW) has been a scoring machine in 2020, already at six games with three goals or more in all competitions this year. Cruz Azul’s showdown in LA was postponed Thursday night due to the COVID-19 outbreak, so the squad will be fresh this weekend after having no games this week since the Tijuana victory. A victory in the Clásico on Sunday would work wonders for Cruz Azul in terms of morale, and would also put the club four points ahead of everyone besides León heading into the final stretch of the regular season.

According to DraftKings Sportsbook, as of March 13: