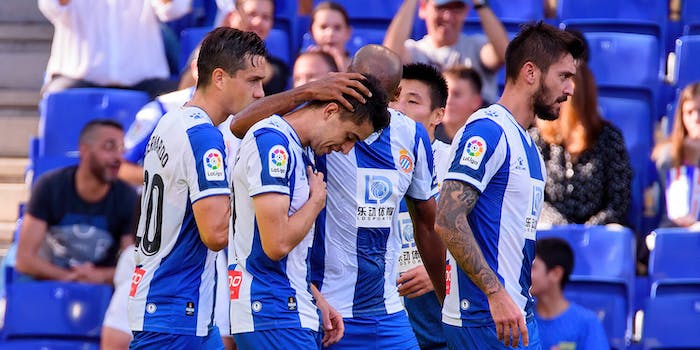 How to stream Atletico Madrid vs. Espanyol live

Hungry for a Madrid vs. Barcelona matchup? La Liga's got one, though it's probably not the one you're thinking about.

It was another draw for Atletico Madrid last weekend—the sixth in the last eight La Liga matches—though it was a no-shame draw at Sevilla to keep them just above their opponents in the standings. Atletico Madrid does, however, find itself outside of Champions League places at present, in fourth place, though just a point off the top three logjam of Barcelona, Real Madrid, and Real Sociedad. Atleti will look to capture points in the lesser-known of the Madrid vs. Barcelona matchups, hosting Espanyol on Sunday.

Here’s everything you need to know to stream Atletico Madrid vs. Espanyol live.

Atletico Madrid (Recent form: DDWDD) got a 60th-minute equalizer from Alvaro Morata, who’s been providing timely goals of late to keep Atleti in the La Liga race. It’s been a bit of a congested fixture season; Atleti dropped a 2-1 midweek Champions League away match against Bayer Leverkusen, for example. Though Morata scored late in that one to keep it from being a shutout, it’s still a loss, albeit Atleti’s first in group stage play. It’s still second in the group behind Juventus.

Espanyol (Recent form: LLWLL) is having a Jekyll and Hyde season. In La Liga, it’s in danger of relegation, sitting at 19th place in the league. However, it’s excelling in Europa League, leading its group. It firmed up both positions in its most recent matches, losing 2-1 at home to Valencia in league play but then taking out frustrations with a 6-0 pasting of Ludogorets in which six different Periquitos scored.