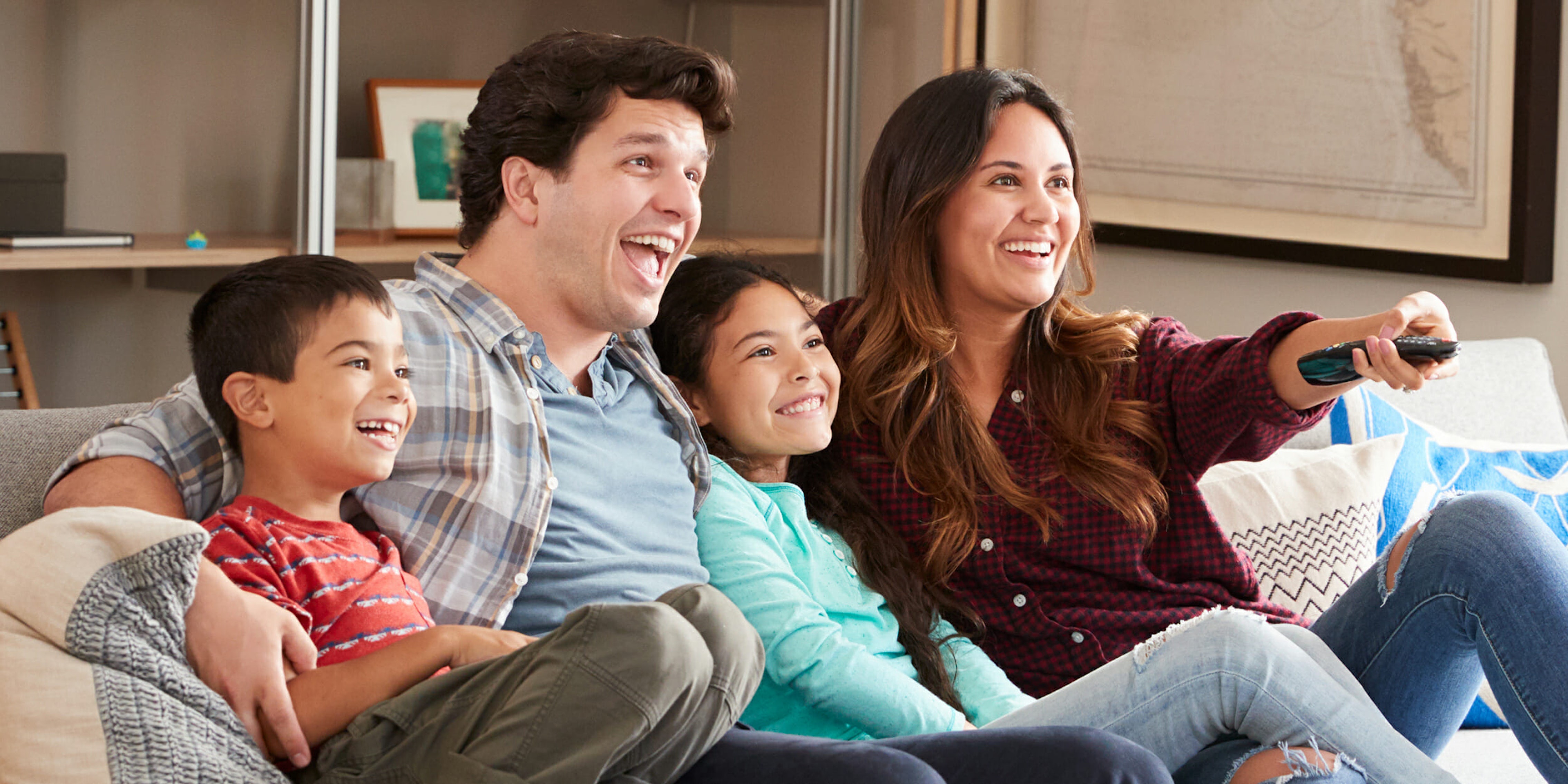 Get the best of both worlds.

A lot of people still haven’t severed ties with their TV providers. There are a lot of reasons: Maybe you only watch live TV occasionally. It can also be comforting to hang onto a TV package you’ve had for years, even though in the long run, it will cost you a lot of extra money. For most of us, our family members are the ones who need to be convinced, which is no easy task.

Sling TV offers the most flexible and comprehensive plans for most Spanish-speaking families. You can access most English-language live TV channels with packages that start at just $25 per month. Sling Orange offers three ESPN channels and Disney, while Sling Blue carries NFL Network, regional sports channels, and FS1 and FS2. You can also combine the two, Sling Orange + Blue, for $40 per month.

The great thing about Sling TV is that it allows you to customize with regional channels, too. For example, you can get the México Extra plan for $5 per month more and access 11 Mexican channels like Mexicanal, Canal Once, Milenio Televisión, and AZ Corazón. The South America, Central America, Caribbean, and Spain extras all also just $5 per month.

The other nice thing about Sling TV is that if you sign up and pre-pay for two months, you’ll get a free Roku Express. Since a lot of families who haven’t cut the cord yet don’t have a streaming device at the ready, this can save you about $30 (and it’s a great device). If you pre-pay for three months, you’ll get an RCA HDTV Indoor Antenna and AirTV Player, which will help you to stream some of the local channels you might otherwise miss.

If you come from a sports-loving family, FuboTV is a great option. For $54.99 per month, you can access most sports and entertainment channels and use Cloud DVR. The basic live TV plan already includes major Spanish networks like Telemundo and Univision. There’s also a separate fubo Latino Plus add-on that offers extra Spanish language channels for only $24.99 per month.

If your family loves football, they’ll be able to use the add-on to stream la Liga, Champions League, Bundesliga, MLS, Ligue 1, Liga MX, Eliminatorias CONMEBOL, and many other leagues and tournaments. It’s a thorough package for anyone who wants access to futbol above all else but who wouldn’t mind having live TV as well. (Here’s the complete FuboTV channels list and our comprehensive FuboTV review.)

If you think you might still want access to live TV occasionally, as well as all the benefits of a major streaming platform subscription like access to original TV shows and reruns of your favorite shows, Hulu offers a comprehensive Live TV plan an Español add-on. You’ll get access to all of the channels you’d normally get through Hulu with Live TV, but you’ll also get CNN en Español, Discovery en Español, Discovery Familia, ESPN Deportes, History Channel en Español, and NBC Universo. You can also specifically search for shows dubbed from English to Spanish by including “en Español” after the show’s name. If you want to find a Spanish dub of The Goldbergs, for example, you would search for “The Goldbergs en Español.” It’s the best of all worlds.

Univision is one of the biggest Spanish-language TV networks, so it makes sense that they would launch its own streaming service like CBS All Access or HBO Now. Subscribers to Univision NOW get access to Univision and UniMás, which include sporting events, TV series, and specials. The only downside is you’re restricted to the shows in Univision NOW’s library, which does include hundreds of shows on-demand. If your family only wants Univision, you can use this app to live stream and watch recordings from the past 72 hours. If your family is hesitant to cut the cord but is willing to try, giving them access to Univision NOW might be a great way to show them how nice streaming is compared to regular TV. It’s worth noting you can save 10% if you sign up for an annual subscription, and active military personnel get free annual subscriptions.

It’s still technically cutting the cord if you use DirecTV Now, the streaming alternative to DirecTV? The short answer: Yes. DirecTV Now offers two English-language plans: all the usual channels for $50 per month, or extra channels and more sports coverage for $70 per month. These plans both include HBO Latino and Telemundo. However, DirecTV Now also offers a dedicated Optimo Más package that includes more than 90 channels for $86 per month. You’ll get a lot of the English TV offerings as well as extra channels like Azteca and Atres Series. This is a HUGE package, but it’s also a bit pricey and may include extra channels you don’t really want. Overall, it’s the most similar plan to an actual TV package.

If your family is hesitant to totally cut their cord, you can show them some of Netflix’s Spanish offerings for a glimpse into what else is out there. Netflix has some of the best Spanish TV shows around (see Cable Girls and Casa de Papel), and they’re exclusive to the service. There are also plenty of films and reality shows to choose from once you set your default language to Spanish under settings. Netflix is also the easiest streaming service to access because it was one of the first. You can use it on Blu-ray players and game consoles, which a lot of other streaming services don’t work on.

PlayStation Vue doesn’t offer as many Spanish language options as the other streaming services, but it’s a solid option nonetheless. In addition to its comprehensive English offerings, subscribers can add the Español Pack for $4.99 per month, which includes nine Spanish-language channels. However, these extra channels can only be added onto one of PlayStation Vue’s multichannel plans, which range in price and offerings. Here are all of the PlayStation Vue channels and our PlayStation Vue review.) What nice thing about PlayStation Vue is that you can use it on five devices at once, so you never have to worry about who’s watching what. It also comes with unlimited cloud DVR.

One of the newer offerings on the market, the Spanish-language streaming service Vidgo, which offers a lot of football options, recently released a tvOS app that has a solid Latino package offering. There’s a basic package that includes 20 channels and a Latino Más bundle that adds five more channels. Because this service is newer, the options are a little limited but growing.

Only available in Mexico and 16 other countries that don’t include the United States, Blim is a good introductory option for cord-cutting families living in South America, Central America, or the Caribbean. It’s the streaming platform of Televisa, one of Mexico’s top networks, and includes more than 25 live TV channels in addition to Netflix-esque options.