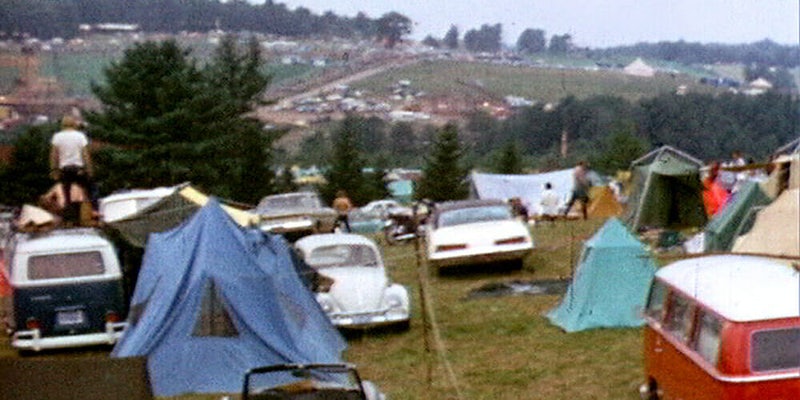 This is not going well.

After drawing Twitter and music festival fans’ ire when it announced its “disappointing” lineup, Woodstock 50 is apparently canceled, if its investors are to be believed. Fans are roasting the beleaguered festival with memes and reaction GIFs.

“As a result and after careful consideration, Dentsu Aegis Network’s Amplifi Live, a partner of Woodstock 50, has decided to cancel the festival,” the Japanese ad and PR agency, which was supposed to fund the festival, told Billboard in a statement late Monday.

According to the same statement, “Despite our tremendous investment of time, effort, and commitment, we don’t believe the production of the festival can be executed as an event worthy of the Woodstock Brand name while also ensuring the health and safety of the artists, partners and attendees.”

However, promoters of the commemorative music festival are saying it’s still on for Aug. 16-18—which marks the 50th anniversary of the original Woodstock Music and Arts Fair held in 1969. “Although our financial partner is withdrawing, we will of course be continuing with the planning of the festival and intend to bring on new partners. … There is going to be a Woodstock 50th anniversary festival, as there must be, and it’s going to be a blast,” Woodstock 50 organizers, led by original producer Michael Lang, said in a statement published by Rolling Stone Monday night. Lang also told the New York Times that Dentsu executives “do not have the right to unilaterally cancel the festival.”

Jay-Z, the Killers, Miley Cyrus, Chance the Rapper, the Black Keys, Imagine Dragons, and Halsey were supposed to be the headliners of the three-day festival that will take place at Watkins Glen, New York. It was also supposed to feature a number of the original festival performers, like members of Dead and Company, Santana, John Fogerty, John Sebastian, David Crosby, Country Joe McDonald, Hot Tuna, and Canned Heat.

The confirmed acts have yet to confirm or deny the cancellation (save for the Black Keys, which have since dropped out), at least as far as their Twitter accounts are concerned. Meanwhile, sources told Billboard and Variety that the festival was canceled due to concerns about the capacity and readiness of the venue and issues with sanitation, water, access, permits, and financing. That’s a lot of issues for a festival that’s supposed to happen a few months from now. (Also, it sounds like Fyre Festival 2.0. More on that later.)

Tickets were supposed to go on sale April 22, to coincide with Earth Day. Variety earlier reported out that the ticket on-sale date has been postponed by the organizers, saying they’re still refining “logistical plans.”

We promised to update our last Woodstock 50 story with ticket prices, but organizers never returned our request for comment. We also signed up for email updates on when tickets go on sale and other details about the festival but never received any correspondence.

Neither the festival website nor its Twitter account posted any updates on the status of the festival. The website’s countdown to the festival is still on.

Meanwhile, Twitter users have taken to commenting on Woodstock 50’s last tweet on April 18—which was neither about tickets nor the status of the festival, but instead about Earth Day—to try to get more information from the organizers.

The silence on ticket sales or, more accurately, the current lack thereof is deafening

Hey Mr. Lang. If the ticket sales have been postponed, please don't keep us in the dark. Make an official announcement. In today's world, good and clear communication is EVERYTHING. Whatever is going on, I hope you folks can get it resolved easily.

Some are calling for the festival to not be canceled and instead just be organized by someone else, like headliner Jay-Z.

Let Jay Z or someone else be in charge. Don’t cancel the 50th anniversary. pic.twitter.com/z5o8cAtR6H

The apparent chaos led to the upstate New York music festival being compared to the ill-fated Fyre Festival. “Let’s just rebrand Woodstock 50 as ‘Upstate Fyre Festival’ and be done with it,” @chrsbakr tweeted.

Let's just rebrand Woodstock 50 as "Upstate Fyre Festival" and be done with it.

Woodstock 50, at least for now, appears to be ahead of Fyre in that tickets have not yet been available for sale, so there’s really no danger (yet) of people arriving at the venue only to find out there’s no music festival.

Still, when Fyre Festival was dragged into the Woodstock 50 conversation, Twitter did not waste the opportunity to post hilarious memes, especially to rag on both festivals’ organizers.

The man in charge of organizing Woodstock 50 pic.twitter.com/pXHCQfkdcB

#Woodstock50 is under new management. pic.twitter.com/sncq5tx1K6

Michael Lang: I need someone willing to do anything to keep Woodstock 50 going.

It’s too bad there’s nothing they could’ve done to save #Woodstock50 pic.twitter.com/OgaEOxxmRP

People are wondering if streaming giants Netflix and Hulu are gearing up to turn this into another opportunity for a documentary.

Regardless of the real reasons behind the cancellation, a lot of Twitter users blame the lineup. “Honestly shame on Woodstock 50 for being canceled, it’s [your] own damn fault for having such a bad lineup,” said @rggermeddows.

This is Jimi and Janis full on saying you're not doing a 50th anniversary with that line-up. #Woodstock50 https://t.co/04C9m29M3Q

People seem generally amused that Woodstock 50 seems canceled, as expressed by these memes and tweets.

“woodstock 50 has been cancelled”

While it sucks for the number of people who may have been stoked to participate in this commemorative festival (i.e. fans of the headliners, maybe?), Woodstock 50 organizers, who seem way behind schedule, may want to learn from Fyre Festival and accept that the golden age of Woodstock should be left in 1969.