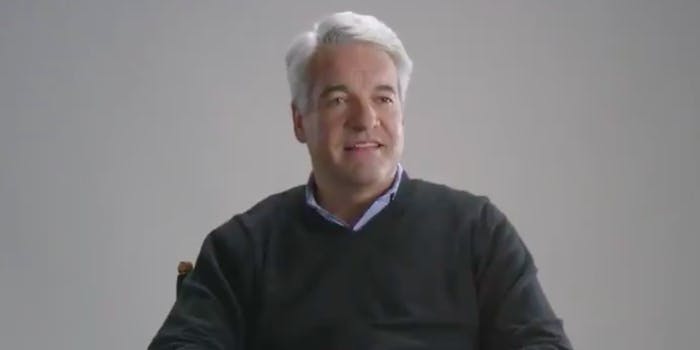 Fyre producer Andy King explained a scenario in the Netflix Fyre Festival documentary that turned into memes, and he loves them.

I’ve given FYRE FESTIVAL much of my time today but this scene TOOK ME OUT!!! #TakeOneForTheTeam pic.twitter.com/uCeiYbTrRA

People noticed his dedication to getting the job done and he quickly became a meme. King became the face of how far someone is willing to go.

Just when you thought the Fyre memes were done… pic.twitter.com/pQFFrq9M6k

Job Interviewer:
Explain a time where you encountered a problem, and describe how you solved it.
Andy King: pic.twitter.com/tItvZKUIKv

Andy King has seen all of your FYRE Fest memes — and he loves them! pic.twitter.com/mCNgDoHpjW

He’s using his newfound viral fame for good. There are GoFundMe pages set up to pay back the workers in the Bahamas who helped with Fyre Festival.

“If I can drive positive influences and a lot of positive energy toward, you know, social and environmental impact,” King said. “I think I can utilize this moment to do a lot of good.”