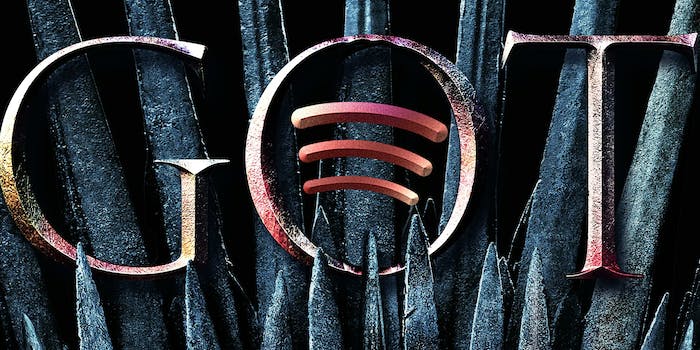 What can you decipher?

Fans have spent years trying to figure out the ending of Game of Thrones, whether via alleged clues in A Song of Ice and Fire, extremely cryptic interviews from the cast and crew, or the very little we’ve seen of season 8. But as it turns out, the answer might be hidden somewhere in a Spotify playlist?

Spotify unveiled a carefully curated playlist from Game of Thrones showrunners David Benioff and D.B. Weiss ahead of season 8 as a way to get fans excited for the new season. The 50-song playlist is extensive, which spans several genres and includes songs from Prince, Led Zeppelin, St. Vincent, and Game of Thrones guest stars Sigur Rós, among others.

“We were looking for songs that made us feel the way the show made us feel,” the creators explained. “There’s variety in there—Rage is not Johnny Cash. But they both have a deep inherent power.”

But, as Benioff and Weiss hinted, there might be more to it than just their musical tastes being put on display.

“The answer to the ending is one hundred percent hidden in the playlist choices,” Benioff and Weiss told For the Record via email. “No one will believe us, but it’s true.”

Taking Benioff and Weiss at their word will yield some interesting results. Even if you’re not familiar with some of the songs or their lyrics, you can find some fascinating nuggets. For instance, two song titles contain the word “Lion” (a likely reference to House Lannister) while four song titles have “Wolf” or “Wolves” (for House Stark) in them; one of them, from the Grateful Dead, is actually titled “Dire Wolf.”

You can also find references to dragons (Danzig’s “Her Black Wings”), Arya’s Faceless assassin abilities (Slayers’ “Dead Skin Mask” and Queens of the Stone Age’s “No One Knows”), the crown, fate, sisters and monsters, and even the end of the series, courtesy of the Doors’ cheesy “The End.”

Judging from what’s here, we have the possibility of the destruction Westeros itself and more nihilistic approaches from some of its characters, lethal weapon work from many of its characters, and the ideas of being born into power, dying for a cause, and sneaking up on your enemies.

You can listen to the full playlist—and speculate to your heart’s desire—below.