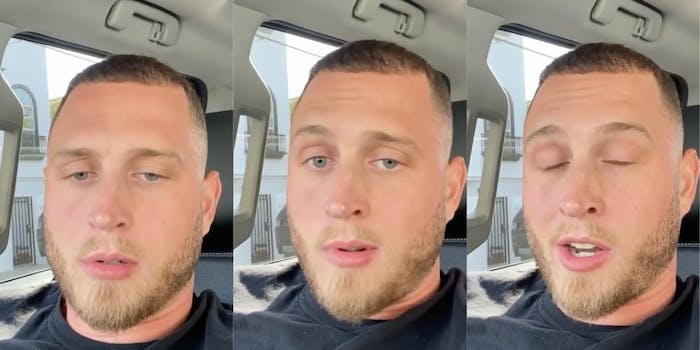 Chet Hanks has proclaimed that the summer of 2021 is going to be a “white boy summer.” The memes that have come out of it are as ridiculous as the sentiment foretells.

Setting aside the reality that every summer, fall, winter, and spring has been set aside for white people, whether everyone else likes it or not, Hanks’ colonizing use of the phrase, as some online are pointing out, is both harmful and hilariously corny.

In the past, Hanks has come under fire for appropriating Jamaican patois, defending his right to say the N-word, routinely traversing in blaccent, and co-opting blackness. Black people are provided space for the shortest month of the year. So, that a whole season could arrive just for white men, like Hanks, should not be surprising.

“Someone tell Chet Hanks that we’re already several thousand years into a white boy summer,” one user on Twitter pointed out.

The utterance came from Hanks’ recent Instagram post, where he’s sporting a fresh cut, straight out of a Black barbershop haircut poster.

The caption reads: “Is it bout to be a #WhiteboySummer or am I trippin ???? Tag a REAL vanilla king #Respectfully.”

“I just wanted to tap in really quick; I just got this feeling, man, that this summer… is about to be a white boy summer,” he says. “Y’know, take it how you want.”

“I’m not talking about Donald Trump, NASCAR type white; I’m talking about, y’know, me, Jon B, Jack Harlow type white boy summer. Let me know you can vibe with that. Get ready, you know, because I am.”

The comments from viewers are great: “He talking about that spicy white, the chipotle mayo.”

Hanks later came back with “rules and regs” for what a “white boy summer” should consist of in his Instagram Story.

Among the no-no’s are “no plaid shirts,” including those of the Vineyard Vines brand; “no Sperry Top-Siders;” and no calling women “smoke shows.” He also encourages the elimination and destruction of the color of salmon from white boys’ wardrobes.

But it has been the multi-layered memes that have been special. Megan Thee Stallion popularized the “hot girl summer” movement in 2019, prompting a slew of memes in celebration. Memes have similarly exploded following Hanks’ attempt to popularize the idea of a “white boy summer”—but rather than celebrate the idea as they did with the hot girl summer movement, people online are mocking it.

“Chet hanks says he thinks its gonna be a white boy summer,,,,, don’t worry not like trump, nascar type of white….. more like me, john b, jack harlow type of white boy summer haha let me know if you can get down with that,” one user wrote to go along with the “uncomfortable nightclub meme.”

Another likened the movement to the January storming of the U.S. Capitol, alleging we have already “endured a white boys winter” and should not have to also endure a white boy summer.

There are levels to this “white boy summer,” people.