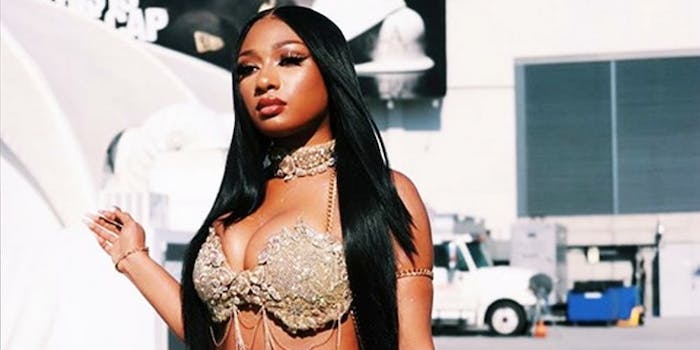 How the summer of 2019 became known as ‘Hot Girl Summer’

We have rap sensation Megan Thee Stallion to thank for it!

As we approach the upcoming Fourth of July holiday, the summer of 2019 is really starting to heat up—pun only mildly intended. To that point, anyone who has been on social media over the course of the past few weeks may have noticed that we are currently in the throes of a phenomenon known as “Hot Girl Summer.”

But what is Hot Girl Summer? And how did it originate? Thankfully, we don’t have to search far for an answer.

On May 17, 24-year-old Houston rap sensation Megan Thee Stallion (real name, Megan Pete) released her first full mix-tape album, Fever. Several of the songs on the album were lauded by music critics as strong contenders for 2019’s anthem of the summer within days of its release. However, it was the marketing of the album that really launched it to viral fame.

With the release of Fever, Megan introduced the alter-ego of “Hot Girl Meg,” noting on the album’s cover that it is “exclusively for THEE HOTTIES (Megan’s name for her fans) and REAL HOT GIRL SH!T.”

It didn’t take long for fans to appropriate the term, which exploded in popularity on Twitter where many took to sharing photos and videos of themselves to celebrate Hot Girl Summer.

Hot Girl Summer has begun. @theestallion I love you. pic.twitter.com/Yt0CTbJInw

In an interview at the 2019 BET Awards last weekend, Megan Thee Stallion gave The Root a rundown of what Hot Girl Summer means to her, in her own words.

“So it’s just basically about women and men being unapologetically them, just having a good-ass time, hyping up your friends, doing you, not giving a damn about what nobody gotta say about it,” she explained. “You definitely have to be a person that could be like the life of the party, and … you know, just a bad bitch.”

So not only is Hot Girl Summer just for women, but Megan also notes that you don’t necessarily have to be single to have yourself a Hot Girl Summer. “Yes, if you are cuffed up you can still have a hot girl summer, but you still gotta be on your bullshit, okay?”

It’s worth mentioning that related to Hot Girl Summer, Megan also explains that the slang “Drive the Boat” is a euphemism for taking shots.

“To drive the boat, you have to throw your hair back, open your mouth, and let me pour the shot in,” she said, telling the interviewer that they better be ready to drop the boat next time she sees them.

You can see Meg drop the boat on one lucky fan in the video below:

The trend also naturally was ripe for jokes and memes:

me and @HeyFranHey trying have a hot girl summer even though we hate leaving our apartments pic.twitter.com/fD3aCvhwnc

me trying to have a hot girl summer pic.twitter.com/i0PK9uY93k

But it might be possible that no one—and we mean no one—is having a Hot Girl Summer quite like the newly single Wendy Williams:

Williams is out here having a Hot Girl Summer for all of us. As they say, get it, girl!