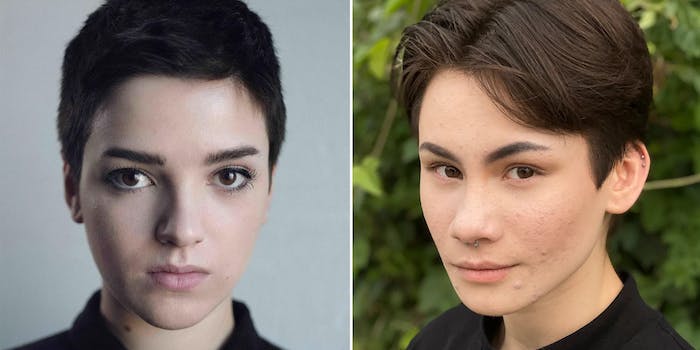 This is another exciting step forward for the 'Star Trek' franchise.

Star Trek: Discovery is breaking new ground once again, introducing the franchise’s first canonically trans and nonbinary characters. They’ll arrive in season 3, which premieres in October, and takes the main characters to an ambitious new setting in the distant future.

The two new characters will be played by newcomer Blu del Barrio (a recent drama school graduate) and Ian Alexander, who you may already know from his roles in The OA and The Last of Us Part II.

Star Trek has a complicated history with queer and trans representation, with several earlier series featuring characters who could be interepreted as trans or genderfluid. However, they were aliens whose identities were not discussed in terms of real-life identities and LGBTQ+ representation. For instance, Star Trek: The Next Generation aired an allegorical episode about a race of aliens who eschew any kind of gender identity, and reject one person who wants to be recognized as female.

Deep Space 9 also starred the fan-favorite character Jadzia Dax (Terry Farrell), who is female during the time of the show, but was previously both male and female in other incarnations. She’s a Trill, a race of aliens where a long-lived “symbiont” bonds with a humanoid host, bringing with them the memories and personality traits of previous hosts. “Dax” was the symbiont while “Jadzia” was her current host’s original name, and the show included regular callbacks to Dax’s previous lives—including one of the first same-sex kisses on American TV, between Jadzia and the widow of one of Dax’s earlier (male) hosts.

This legacy may be why Discovery‘s first trans and nonbinary characters are both Trills. Ian Alexander (who is trans and uses he/him and they/them pronouns) plays Gray, who is “empathetic, warm and eager to fulfill his lifelong dream of being a Trill host.” Meanwhile, Blu del Barrio (who is nonbinary and uses they/them pronouns) plays Adira “who is highly intelligent with a confidence and self-assurance well beyond their years.”

It sounds like Gray may have a recurring role over a couple of episodes, while Adira appears to be joining the main Discovery crew. Adira is described as forming an “unexpected bond” with the ship’s resident married couple Stamets and Culber, played by Anthony Rapp and Wilson Cruz.