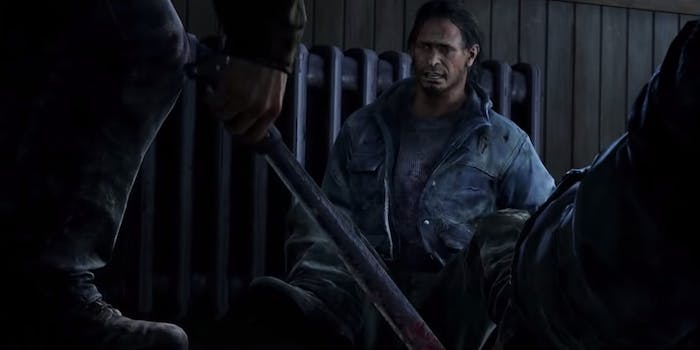 It’s been seven years since Naughty Dog’s The Last of Us was first released. The incredibly cinematic quality of the game, along with its engaging characters and gut-wrenching story, created a die-hard fanbase that stays loyal to this day. With the release of The Last of Us Part II finally here, many fans are taking a look back at the original. While the first game remains an absolutely stunning entry into the apocalyptic game genre, there are a few things fans would love to see changed in the second game.

Criticism of The Last of Us is certainly not non-existent, but tends to be minor when compared to its points of praise. Still, the game’s age—which hardly shows on a replay—does shine through in a few key areas. The sequel is sure to change up and update some aspects of gameplay, and fans have their own wishlists of items they hope to see changed or included in the upcoming release.

The combat in The Last of Us is arguably its weakest point of gameplay. Critics have pointed to the clunky gun-handling and supremely difficult combat portions as the areas in which the game is most lacking. In the sequel, fans are hoping to see this aspect of gameplay updated to better suit the streamlined nature of the game. We would like to see a better variety of combat and more diverse options.

Some of the combat sequences in Naughty Dog’s first The Last of Us installment are absolutely incredible. Others… not so much. Many of the scenes that end in shoot-outs begin with clunky weapon handling that makes a sneaky approach far more appealing.

To be fair, this game is quite clearly intended to be played as subtly as possible, so this may have been developers’ attempt to encourage players to approach the situation quietly. Still, if you’re going to give the option to use a variety of firearms, you need to be sure that they are fun and relatively easy to control.

The Last of Us made no secret of Joel’s skill when it comes to killing. Given the reputation he has earned, and the clear talent he has for death, you’d think he’d be a bit more creative about it. I’m not saying that the methods used to dole out death aren’t great, I just wish there were more of them.

The first game allows Joel and Ellie to off enemies in a variety of ways, based on combat style. All combined, however, you are left with perhaps a handful of potential ways to approach combat. In the second installment, players are hoping to see combat take on a more realistic, open-ended appeal. It will surely make things harder, but that increased difficulty will be worth the upgrade in realism.

The Last of Us clearly intended, for the most part, to encourage players to approach combat differently. Rather than shoot their way out of every tight spot, players were forced to distract, lure, or sneak past the vast majority of enemies.

This is one of the best aspects of gameplay. Due to the different options, watching three different people play the same level could end up looking like three different games. Many fans would love to see this increased in Part II, allowing—and in fact, forcing—players to utilize a far more diverse array of potential options when it comes to approaching enemies.

This one kind of goes without saying, but I’ll say it anyway. The puzzles in The Last of Us were fun, but I don’t know that anyone would call them challenging. They typically included moving an object from one area to another or—get this—sneaking past some enemies.

Despite their overall lack of variation, the puzzles in Naughty Dog’s first The Last of Us title were some of the most entertaining parts of gameplay. While combat sequences could feel like a near-impossible slog necessary to conquer before the next slice of story, the puzzles were typically paired with charming character interactions or dialogue. Fans would love to see far more of these moments, but with a greater array of elements. We’re not looking for The Legend of Zelda here, but a challenge would be nice.

Some moments of The Last of Us are incredibly difficult, but the game tends to keep pace at a challenging, but doable, level. Increased difficulty options make those harder parts all but impossible, but doesn’t do much to change the quieter moments in between. In the second installment, a Survival Mode could completely change the way those moments play.

The necessity of scavenging for food and making fires would place The Last of Us Part II in a completely different category. You could maintain a reasonable difficulty when entering a tricky space, but an underlying challenge would exist at every moment. The need to find shelter—particularly at night—and keep an eye out for water and other necessities would greatly enhance the realism, as well as add in an intriguing additional element to gameplay.

The crafting system Naughty Dog introduced us to in The Last of Us was simple enough, but sometimes too simple. Joel was able to make a few necessary items, in very specific ways, with absolutely no wiggle room. You were able to carry a small number of materials but could not pass them over to followers.

An update to this system would be celebrated by fans. It isn’t necessarily a noticeable issue for most in the first game, but it would stick out like a sore thumb in a 2020 release. Hopefully The Last of Us Part II will increase our crafting options, as well as the number of materials and crafted goods we can carry. Given this series’ status as pseudo-survival games, however, it isn’t a sure thing. The developers may have made the purposeful decision to limit our crafting options for the sake of realism.

By all that is holy, include a damn dodge ability! For veteran gamers, the inability to dodge in The Last of Us served as a huge handicap. Primarily, it tripped us up because we are so used to being able to dodge. Almost any combat-based game allows players to swivel, dive, or roll out of the way of an enemy blow. Such is not the case for The Last of Us, which left many players scratching their heads. A bite from a clicker is certain death, so why—WHY—would the extremely effective survivor that is Joel not know how to dodge?

Given Ellie’s superior agility, a dodge ability seems all but certain in The Last of Us Part II. The fact that it is not included in the first game, however, has a few players worried. A dodge ability would make maneuverability in those inevitable sticky situations far more possible, so fans are putting out a collective prayer that Ellie didn’t take a lesson from Joel on this one.

Damn those companions can get in the way. In the first game, it was by no means uncommon to watch a clicker literally stumble into Ellie and keep walking. The developers made necessary NPC’s immortal for this very reason, having predicted the issues that would surely arise for players.

This was an excellent decision, but fans are hoping they take it a step further in Part II. We all appreciate that Ellie’s obliviousness doesn’t sink our chances every time, but it can really break the immersion to watch her tromp noisily around a horde of infected. An update to the NPC’s A.I. would greatly enhance the tension in these key moments.

There is no shortage of violence and bloodshed in The Last of Us, and its sequel promises even more. Between these visceral, gory moments, however, are the real meat of what makes this Naughty Dog game a favorite. Fans of the first game are hoping to see more of those calmer, heartfelt, character-driven moments that made us fall in love with the first title.

The world provided in this universe is gorgeous and well-fleshed. Players would also love more ability to explore and appreciate the world Naughty Dog has built. A more open concept could allow for a less linear map and more collectibles, for those players—like my girlfriend—who can’t help but pick up every. Single. Damn. Thing.

This extra gathering time could additionally provide an opportunity to better flesh out the story through collectables and minor dialogue.