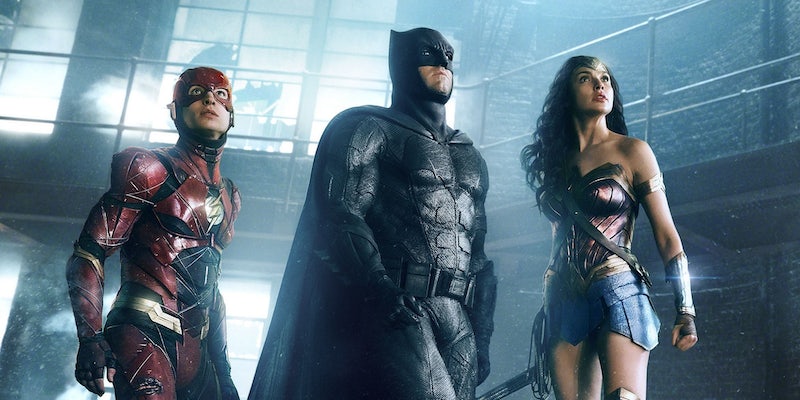 More scenes will soon be filmed for Zack Snyder’s cut of Justice League, three years after the movie original wrapped production. According to the Hollywood Reporter, the reshoots will take about a week, and will include the three lead actors: Gal Gadot, Ben Affleck and Henry Cavill. Ray Fisher (Cyborg) will also return, suggesting he retains a working relationship with Warner Bros. despite his public accusations about abusive and unprofessional behavior regarding former Justice League director Joss Whedon.

Fisher’s accusations led to an internal investigation at the studio, and a public dispute where Fisher claimed Warner Bros. was trying to protect studio executives from scandal. So far Jason Momoa (Aquaman) is the only Justice League star to speak up in support of Fisher’s campaign, backing up his claims that some cast members were mistreated during the film’s original reshoots with Whedon.

An insider told THR that Whedon’s reshoots were a “messy and hastily assembled affair,” and that there was a tense, difficult atmosphere on set. Meanwhile the cast appears to retain a cordial relationship with Snyder. Many of Fisher’s scenes were cut by Whedon, and will be reinserted into Snyder’s new version of the movie. Fisher is also currently in negotiations for a role in the upcoming Flash spinoff starring Ezra Miller.

Zack Snyder’s Justice League will be released on HBO Max next year, in the form of a four-episode limited series. It’s expected to remove most (or possibly all) of the footage that was shot by Whedon after Snyder originally left the project. The new cut will rely on scenes that Snyder already filmed in 2016 and 2017, along with a small amount of new material filmed next month.

The movie will also require new visual effects and post-production, making the Snyder Cut a very expensive endeavour—probably more than $30 million. Justice League already cost an astounding $300 million to make in the first place, plus an extensive marketing budget, and reputedly did not turn a profit for the studio. Warner Bros. is taking a gamble that Zack Snyder’s fanbase is devoted enough to pay for HBO Max when the re-cut miniseries comes out next year.