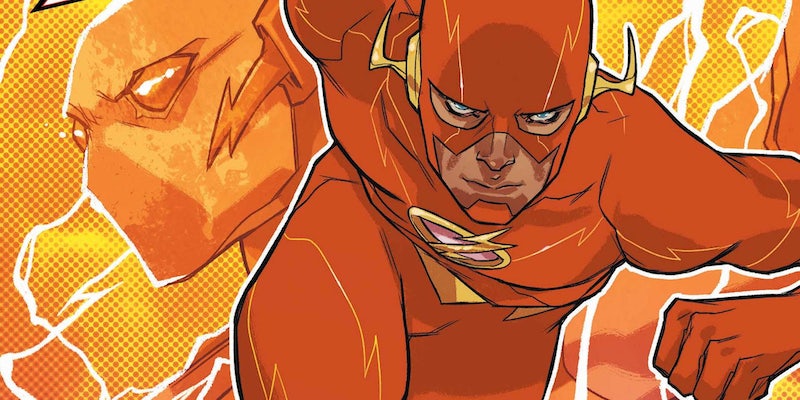 Photo via The Flash #1/DC Comics

Warner Bros.’ ‘The Flash’ movie is getting a complete rewrite

After losing its first two writer/directors, 'The Flash' is being overhauled yet again.

Warner Bros.’ The Flash movie just can’t catch a break. After losing its first two directors due to creative differences, the film now requires an entirely new screenplay from a new writer.

The Flash was originally planned for release in March 2018, although this now seems unlikely. Following the departure of its first writer/director Seth Grahame-Smith (best known as the author of Pride and Prejudice and Zombies) in April 2016, Warner Bros. hired Rick Famuyiwa (Dope). Then he left the project in November, citing creative differences.

Variety now reports that screenwriter Joby Harold has been brought onboard to do a “page-one rewrite.” Harold follows the previous trend for creative hires on The Flash, as a relatively unknown writer/producer. His only previous writing credit is the 2007 Hayden Christensen thriller Awake, although he has a couple of high-profile blockbusters on the way: King Arthur: Legend of the Sword and Robin Hood: Origins.

According to Variety, Harold will rewrite The Flash while actor Ezra Miller is filming the Fantastic Beasts and Where to Find Them sequel, creating a new vision after the studio decided to scrap the scripts written by Seth Grahame-Smith and Rick Famuyiwa.