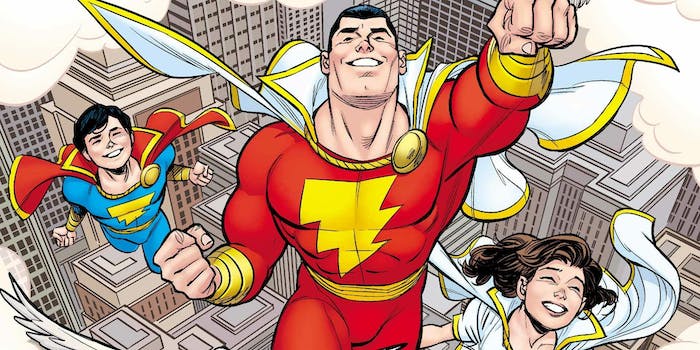 Is 'Shazam' going to be DC's version of Deadpool?

Is Shazam gearing up to be DC’s Deadpool? Director David F. Sandberg just posted a parody of Zack Snyder‘s gritty style, inserting Shazam into a scene from Batman v Superman. It’s basically the opposite of we’ve come to expect from Warner Bros.’ DC franchise.

Shazam is an inherently corny character; a cartoonishly muscular superhero whose human alter-ego is a young teen boy. When actor Zachary Levi shared the first official photo of the character, it shows him drinking a soda while wearing a brightly colored costume. A far cry from Justice League‘s grim tone.

Sandburg is known for making micro-budget horror movies on YouTube and Vimeo, and it looks like he’s taking that internet-savvy sensibility to Shazam. His parody video takes a tearful moment from Batman v Superman, replacing the messianic Superman with Shazam slurping on a drink.

Since everyone else is doing this… pic.twitter.com/MWb6CMFxgo

Aside from Wonder Woman, the DC franchise has been notably humorless and dark. Judging by this opening gambit, Shazam may go a different route.

Shazam comes out on April 5.