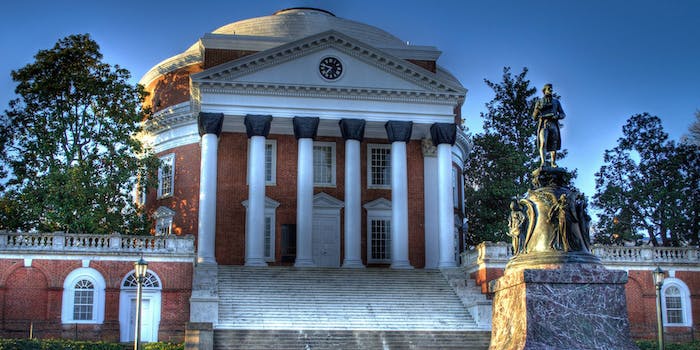 The Columbia University Graduate School of Journalism recently released its report evaluating the journalistic practices of the Rolling Stone staff members responsible for publishing the now infamous “A Rape on Campus” story.

And it is not good.

It highlights various questions the report left unanswered. It highlighted negligence in verification, one of the foundations of sound journalistic practice. It highlighted the negative impact the inaccurate report had on the University of Virginia, the fraternity at question, current and future victims of sexual assault who struggle with coming forward about their experience and news organizations that try to report on sexual assault.

This writing is not intended to debate or reconfirm anything from the original story or the journalistic evaluation report from Columbia. This also is not intended to pile the criticism on the Rolling Stone, “Jackie,” or the University of Virginia for any role in the misinformation.

Instead, I want to focus on what accountability looks like for news organizations today. Rolling Stone officially retracted the story and reporter Sabrina Rubin Erdely, as well as managing editor Will Dana, issued personal apologies.

Does this adequately hold this damagingly inaccurate story accountable?

First, it is important to define the line that separates negligent reporting from reckless and intentional fabrication. The Columbia report notes the difference, citing examples such as Jayson Blair from the New York Times or Brian Williams from NBC News. Although many people could argue that intentional fabrication, whether for malicious intent or personal gain, is inherently worse than mere negligence, does it really matter when the outcomes yield the same impact?

Imagine two school bus drivers, both of whom crash while driving a bus full of school children. The first driver is sick and tired of his job. He is tired of waking up early and dealing with morning rush hour traffic all while kids constantly cause a ruckus. After a fellow driver cuts him off on the road during the after-school route, he decides he has finally had it. He slams the gas, ramming the truck in front of him and jarring everyone on the bus. He later admits his brief but violent rush of anger to his superior.

The second driver is content with his job as a bus driver of 15 years. Patience is certainly a virtue for this bus driver, safely delivering these children to school each day in the face of rush hour traffic and rambunctious kids. Sometimes he gets a little too comfortable on the job, however. One day, he decides to check his phone while driving and subsequently rams a trailer that abruptly merged in front of him without his notice. This causes another jarring accident that slightly injures a few of the children. The driver admits his negligence to his superior.

At the end of the day, both drivers are fired.

The end result was the same. Two bus drivers who could not uphold their duty of safe and watchful driving resulted in car accidents with children on board.

Why then does it matter if an inaccurate story is published due to lazy reporting compared to intentional fabrication?

The Columbia report acknowledges the downsizing of editorial staff at Rolling Stone puts a strain on independent verification. This a challenge all media organizations must learn to face. News organizations continue to cut down on editors while increasing pressure on reporters to produce elaborate stories in a short amount of time.

At the same time, the impact was still the same. More people might question the validity of rape survivors. Universities might continue to make investigations of sexual assault a difficult and compromising process. Survivors might be further fearful to come forward to report their own experience. This would have happened regardless of negligent or malicious misinformation.

After all the dust has settled, everyone still has their job. Institutions that claim to uphold the pillars of journalism and pressure accountability on the institutions of society they report on seem to do a shallow job at upholding accountability of themselves.

I teach journalism labs to incoming freshman at the University of Nevada. These labs are the first introduction to journalism for these students. If I want them to learn anything, it is to find the passion and inspiration to produce journalism they enjoy the right way.

By “the right way,” I literally mean right from wrong. As so many managing editors base news decisions off clicks, views, and instantaneous coverage, it may be easy to cut corners. I don’t want my students learning the journalism industry will forgive your major mistakes so long as you generate traffic.

It pains me then to know that fellow journalism graduates from both my undergraduate and graduate program struggle to find jobs in news when I do not see any consequences for negligent reporting. As of 2012, the unemployment rate for journalism graduates was 7.7 percent. Unfortunately, those are a whole lot of students who would love the opportunity to write for a brand name magazine and would be able to do so with an honorable level of journalistic practice. Hollow attempts at upholding accountability will keep the faulty employed and many deserving and ethical graduates unemployed.

But what does it say at the end of the day when they still have their job and good, ethical journalism students and graduates cannot find work trying to produce journalism the right way? My greatest fear is that more young professionals, desperate to break into the field or keep their job in the field will compromise their own ethical values. We all see that there are not any real consequences. Why should a journalism graduate push themselves when other journalists who compromise vital journalistic practices go without significant repercussions?

Photo via BobMical/Flickr (CC BY 2.0)