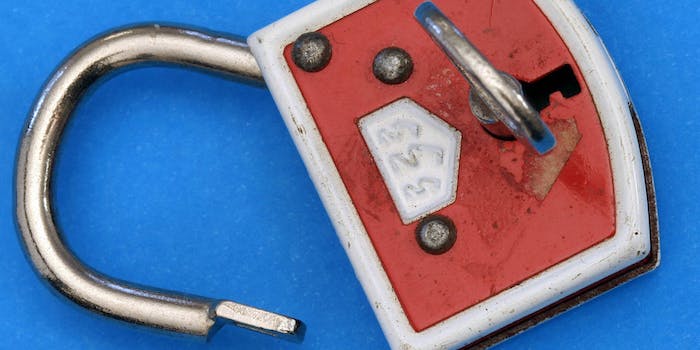 In the wake of Edward Snowden’s whistleblowing on the NSA’s surveillance, mainstream concern about loss of privacy has inspired the rapid growth of privacy-friendly software. Recently released data suggests that OpenPGP (Pretty Good Privacy), a data encryption program used most often to securely send emails, has seen the daily creation of unique keys nearly triple since June, when Snowden’s leaks first became public.

This news can be understood first by defining what keys are. In PGP encryption, keys are the method by which individuals can encrypt and decrypt messages; new users will need to create a new key to read or write anything. Keyservers track and share public keys to make secure communication easier.

Kristian Fiskerstrand’s sks-keyservers.net tracks the status and statistics of over 80 keyservers around the world. According his data, new keys were being added at around 500 keys per day at the beginning of June. On June 5, The Guardian began publishing Snowden’s leaks. Today, between 1,500 and 1,600 new keys are being added every day.

Fiskerstrand says it’s “too early to tell” whether this is indicative of a large increase in adopting PGP encryption across the board. “An increase in the number of users trying it out doesn’t necessarily mean more end up using it frequently,” he wrote.

At the very least, these numbers are good indicators that more and more netizens are becoming proactive about security.

Popular websites such as prism-break.org have offered privacy-friendly alternatives to popular software. As recent polls have illustrated that many Americans are now more concerned about civil liberties than terrorism, more and more people are willing to try new software to avoid tracking and surveillance by government intelligence organizations and private companies.

In the tech sector, a small but significant privacy boom is already under way. New products such as Tox, which promises secure messaging, and old favorites such as Tor, which promises anonymous Web browsing, are making more waves in the mainstream than ever before.