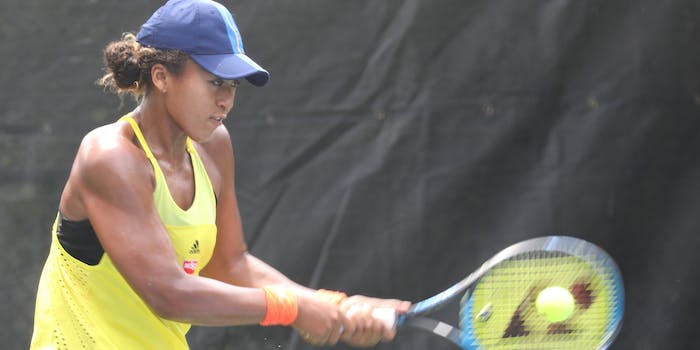 “I’ve often felt that people have no regard for athletes mental health and this rings very true whenever I see a press conference or partake in one,” she wrote. “I’ve watched many clips of athletes breaking down after a loss in the press room.”

Describing the situation as “kicking a person while they’re down,” she highlighted the fact that she’ll have to pay a fine for refusing to do press at the French Open: “I hope the considerable amount that I get fined for this will go towards a mental health charity.”

As one of the top-ranked tennis players in the world, she can afford it. But she’s also speaking out on behalf of athletes who don’t feel able to take this stand.

Plenty of athletes are visibly uncomfortable with media obligations, the most iconic example being the 2015 Super Bowl press conference when Marshawn Lynch repeatedly told the press, “I’m here so I won’t get fined.”

In the world of tennis, Venus Williams was fined $5,000 for skipping a post-match interview in 2016. The fine money traditionally goes toward the Grand Slam Development Fund, providing financial aid for international tennis coaching.

Osaka’s statement attracted a positive reception on social media, with sports journalist Jemele Hill tweeting that this is “Another reason the lack of diversity in media is a big problem. Not saying this drives her decision, but minority athletes are predominately covered by white journalists.”

Others are praising Osaka’s choice to prioritize self-care in a high-pressure environment.