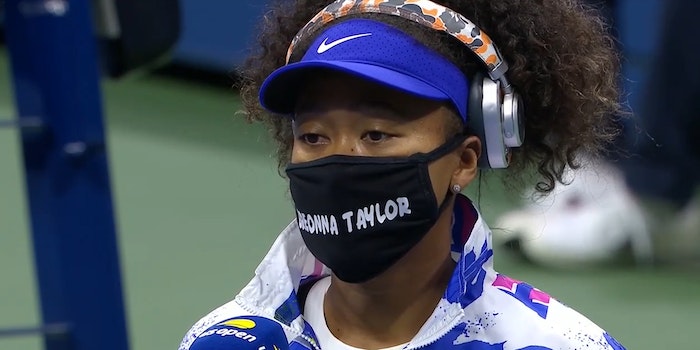 'Maybe there is someone that doesn't know Breonna Taylor's story.'

Naomi Osaka, winner of the 2018 U.S. Open, walked out onto the court last night for her first match of the 2020 U.S. Open wearing a mask with Breonna Taylor’s name written across it.