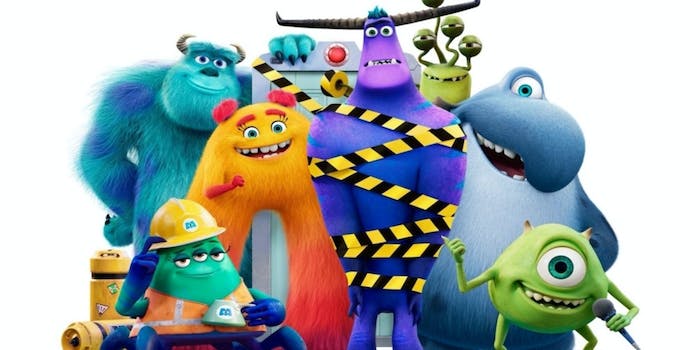 How to stream ‘Monsters at Work’

You don't have to be crazy to work here, but it helps.

Mike and Sully aren’t just best friends, they’re two of the most productive team at Monsters Inc. The last time we saw this dynamic Pixar duo, we got a peek at where their life-long friendship started. Monsters at Work will continue the story right where the original film left off.

After the Waternoose conspiracy was unraveled, Mike and Sully help pioneer a new energy revolution in Monstropolis: laughter. Mike Wazowski, mic in hand, is trying his best to pull some yucks out of kids in the human world. Tylor Tuskman, a recent Monsters Inc. graduate, is eager to get to work alongside his heroes in this brave new world. From his point of view, fans will finally unravel a world we’ve only seen a peek of.

Featuring the same voice talents of the movies, including John Goodman and Billy Crystal, the long-awaited Monsters at Work is bringing a smack of laughs and heart to your summer streaming schedule.

Here’s everything you need to stream Monsters at Work.

Where to stream Monsters at Work

Monsters at Work is available to stream on Disney Plus. The celebrated Disney streaming service is available alone, or through a bundle with Hulu and ESPN+ for only $12.99 a month. Not only can you stream Monsters at Work, but just about every other piece of media from the Monsters universe including Monsters Inc. and Monsters University.