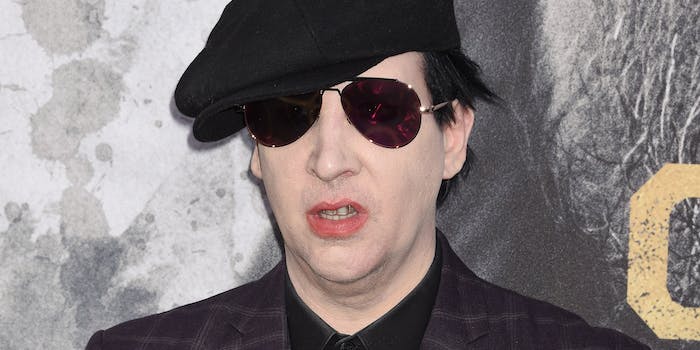 Police went public with the warrant as Manson faces other legal issues.

Marilyn Manson is facing an arrest warrant in New Hampshire, stemming from an alleged assault during a 2019 concert.

The Gilford Police Department posted a statement to Facebook on Tuesday, claiming it has an “active arrest arrant” for the singer, real name Brian Warner. The alleged assault took place during an August 2019 show at Bank of New Hampshire Pavilion, and involved a videographer in the stage pit area, who claims Manson spit on him. Manson could face two counts of Class A misdemeanor simple assault.

The warrant was first issued in October 2019. Gilford Police Chief Anthony J. Bean Burpee told the New York Times Manson and his legal team have been made aware of the warrant but that “in light of recent other allegations,” they want to “move forward.”

Earlier this year, multiple women accused Manson of assault and abuse, after Evan Rachel Wood started speaking publicly about her experience. Game of Thrones actor Esmé Bianco filed a lawsuit against Manson in April, after detailing his horrific abuse in February. Last week, Manson’s former assistant Ashley Walters filed a lawsuit alleging sexual, physical, and psychological abuse during her time as an employee.