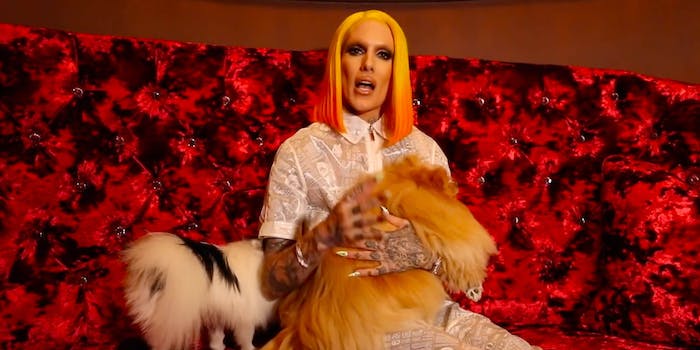 The eldest of the Kardashian-Disick kids was answering questions on Instagram Live with TikTok star Addison Rae, when a fan asked, “Who is your favorite makeup guru?”

After seeing Jomu’s tweet, Star felt the need to respond.

“I had $500 in my bank account six years ago… Maybe he’s confused with his own privilege versus mine being self-made, hopefully his father can educate him soon!” he wrote.

In 2019, Star threw shade at another member of the Kardashian-Jenner clan when he tweeted out the Dictionary.com definition of self-made and said, “I declined the feature so they had to pick someone.” He was referencing Kylie Jenner’s Forbes cover that dubbed her the “youngest self-made billionaire.”

During a previous Instagram Live session, Kourtney mentioned that she made Mason delete his Instagram account that he briefly had because “people can be so mean. It’s really easy to get consumed with it. I just feel it’s not the time.”