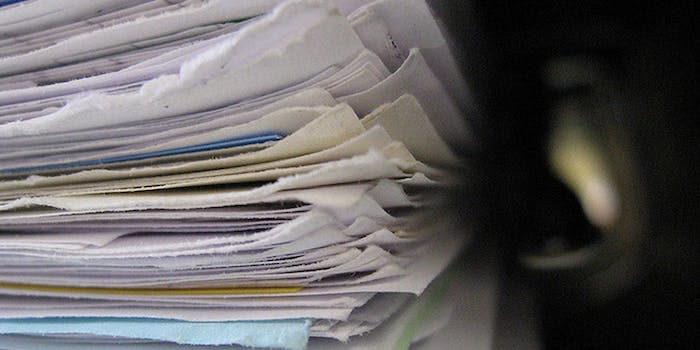 It turns out you can’t even trust the Internal Revenue Service with your social security number. Some bungling IT staffer at every Americans’ favorite government agency forgot to redact tens of thousands of SSNs when uploading a new online database on the $1.5 trillion nonprofit industry.

Thanks to the keen eyes of PublicResource.org, a nonprofit that specializes in publishing government archives, the IRS has already shut down the database, so criminals looking for easy identity theft victims will have to search elsewhere for the time being.

But the publication of the SSNs alone is a huge and embarrassing oversight for the IRS, which, prior to a sustained campaign by PublicResource, had previously mailed out the database in the form of DVDs, on a subscription basis for $2,580 a month. PublicResource’s Carl Mahmud told BoingBoing:

This is only one of several exempt organization databases that the IRS has totally bungled. They’ve become addicted to bad Internet hygiene and it is time now for the Service to admit it needs help.