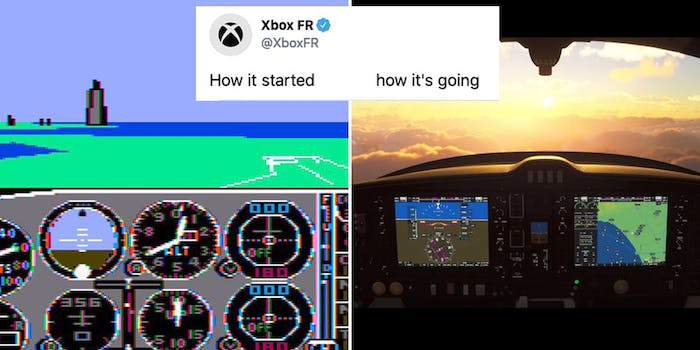 This ‘how it started’ meme has evolved beyond relationships

The meme jumped from relationship posts to Brand Twitter.

As a very wise man once said, “every new beginning comes from some other beginning’s end.” So, too, can you chalk up this philosophy to explain the “how it started” meme making the rounds on Twitter.

Behind every great relationship or old married couple, there’s a wholly unique origin story. Of course, in this day and age, most origin stories begin by awkwardly sliding into the object of your affection’s DMs. Know Your Meme points to a Sept. 23 tweet that kicked off the meme. Twitter user @vjllanelles shared a screenshot and photo side-by-side with the split caption, “how it started” and “how it ended.”

As the tweet began to go viral, others began sharing their own “how it started” meet-cutes on Twitter. As you can see in a couple of the popular examples below, these initial messages successfully culminated in passionate kisses and proposals.

As the meme continued to go viral, however, it also began to evolve—because not every success story necessarily involves a happily ever after? By the first week in October, the meme had made it to mainstream Twitter. Some users also began replacing the “how it ended” verbiage with “how it’s going,” to indicate that these stories are far from over!

Naturally, brands such as Xbox also got in on the “how it started” meme to showcase their humble beginnings, while others used it to flex their absurd Twitter presences.

Though, in the case of Coca-Cola, the meme backfired when a Twitter user reminded the brand that in its humble beginnings with the drink “involved undeniably some cocaine.”

For obvious reasons, the “how it started” meme also became popular among the official Twitter accounts of TV shows and movies.

Others used the “how it started” meme to joke about everything from nicotine addiction to sewing cans:

You’re telling us those things actually used to contain cookies?? Had not it been for the “how it started” meme, we wouldn’t have believed it unless seen with our own eyes.