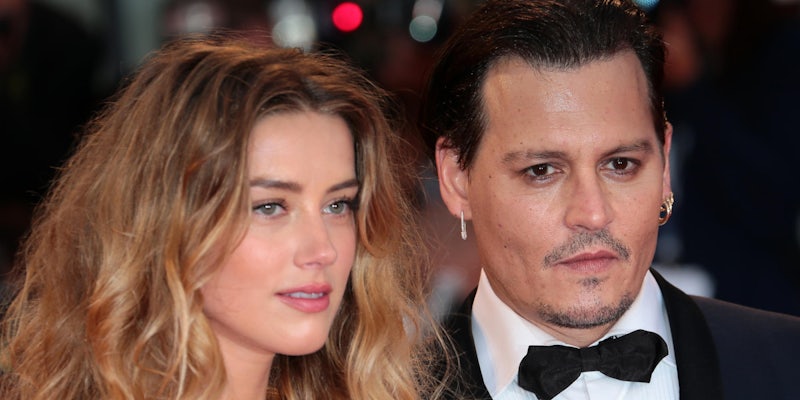 The highly publicized, analyzed, contested, and meme’d defamation trial of Johnny Depp v. Amber Heard came to a close on June 1 with a verdict in favor of the Pirates of the Caribbean star. Heard was awarded $2 million in legal fees and Depp won $15 million in damages. With local maximum punitive damage laws put into effect, Depp was awarded a grand total of $10.4 million. The well-known actor wrote in a statement following his win that he was able to have “his life back.”

Social media opinions of the court case appeared to be overwhelmingly in support of Depp, with many folks expressing their utter lack of faith in Heard’s claims, critically dissecting each bit of the Aquaman actress’ on-stand testimonies and legal teams’ strategies.

Another account, @motionsivk also had concerns over Pugh’s perceived support for Depp.

There are other celebrities and public figures who have shown some support for Depp: Penelope Cruz, Winona Ryder, Paul Bettany, Kevin McNally, Javier Bardem, Sia, Sharon Osbourne, Kate Moss, and ex Vanessa Paradis are among some folks who vocally stood by the Secret Window star.

Many other stars either liked or commented on posts in support of the actor: Ashley Benson, Ryan Adams, Arpita Kaur, Rita Ora, and Emma Roberts.

One of the most damning social media condemnations of Heard was that so many women came out in support of Depp. One of Heard’s friends who supported the actress accused women who detracted Heard of having “low self-esteem.” Oft-discussed talking point highlighted by “anti-Heard” folks online was that Heard’s alleged lies about Depp’s abuse ultimately harmed “actual” survivors of domestic violence. Similarly a recurring chorus of “men can be abused too” populated various social media feeds.

It wasn’t uncommon to not see montages set to sad music as “evidence” of Depp’s long-term abuse at the hands of Heard.

It doesn’t help either that people discussed several contradictions and questionable behavior of Heard’s that came out during the trial. Folks trashed the performer for allegedly allowing “squatters” to live rent-free in one of Depp’s properties. Heard was also called out for allegedly lying about the type of makeup she allegedly used to cover up her face by the cosmetics brand itself, and she reportedly lied about being stopped from shooting sex scenes despite participating in the final dance of Magic Mike XXL.

Depp’s full statement following the verdict in his favor is as follows:

“Six years ago, my life, the life of my children, the lives of those closest to me, and also, the lives of the people who for many, many years have supported and believed in me were forever changed. All in the blink of an eye.”

“False, very serious and criminal allegations were levied at me via the media, which triggered an endless barrage of hateful content, although no charges were ever brought against me. It had already traveled around the world twice within a nanosecond and it had a seismic impact on my life and my career. And six years later, the jury gave me my life back. I am truly humbled.”

“My decision to pursue this case, knowing very well the height of the legal hurdles that I would be facing and the inevitable, worldwide spectacle into my life, was only made after considerable thought.”

“From the very beginning, the goal of bringing this case was to reveal the truth, regardless of the outcome. Speaking the truth was something that I owed to my children and to all those who have remained steadfast in their support of me. I feel at peace knowing I have finally accomplished that.”

“I am, and have been, overwhelmed by the outpouring of love and the colossal support and kindness from around the world. I hope that my quest to have the truth be told will have helped others, men or women, who have found themselves in my situation, and that those supporting them never give up. I also hope that the position will now return to innocent until proven guilty, both within the courts and in the media.”

“I wish to acknowledge the noble work of the Judge, the jurors, the court staff and the Sheriffs who have sacrificed their own time to get to this point, and to my diligent and unwavering legal team who did an extraordinary job in helping me to share the truth. The best is yet to come and a new chapter has finally begun. Veritas numquam perit. Truth never perishes.”

Heard expressed her disdain that her “freedom of speech” wasn’t protected in a post-trial statement of her own:

“The disappointment I feel today is beyond words. I’m heartbroken that the mountain of evidence still was not enough to stand up to the disproportionate power, influence, and sway of my ex-husband.”

“I’m even more disappointed with what this verdict means for other women. It is a setback. It sets back the clock to a time when a woman who spoke up and spoke out could be publicly shamed and humiliated. It sets back the idea that violence against women is to be taken seriously.”

“I believe Johnny’s attorneys succeeded in getting the jury to overlook the key issue of Freedom of Speech and ignore evidence that was so conclusive that we won in the UK.”

“I’m sad I lost this case. But I am sadder still that I seem to have lost a right I thought I had as an American – to speak freely and openly.”