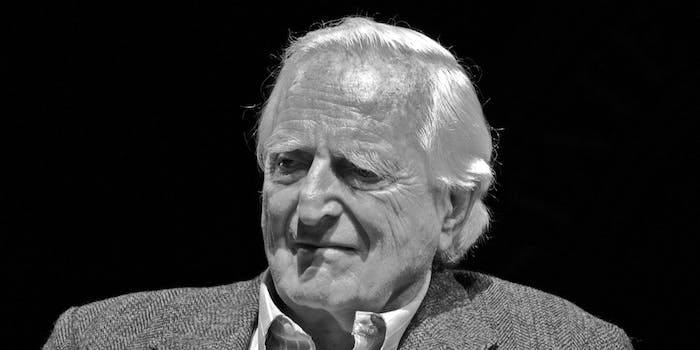 Doug Engelbart brought us so much more than the mouse

The inventor who forever changed the way we handle computers has died.

Doug Engelbart, the inventor who strove to “augment human intellect” and forever change the way we handle computers, has died. He was 88.

Engelbart was one of the last true technological visionaries, a man who gave the world much more than just “videoconferencing, bitmapped displays, screen windowing, real-time text editing, hypertext that prefigured the World Wide Web, and, of course, the mouse,” as Forbes reported.

Engelbart had his technological “epiphany” in 1950, during an era in which computers were the size of bedrooms. He believed computers could be much more than machines. He saw them as the keys to unlock endless human inspiration and intelligence. Engelbart’s theories were best explained in his paper “Augmenting Human Intellect: A Conceptual Framework.” Published in 1962, Engelbart describes a framework of how to go about solving the world’s increasingly complex problems by “developing the new methods of thinking and working that allow the human to capitalize upon the computer’s help.”

“We need to think about how to boost our collective IQ, and how important it would be to society because all of the technologies are just going to make our world accelerate faster and faster and get more and more complex and we’re not equipped to cope with that complexity,” Engelbart said in interview in 1999 with academic Belinda Barnet. “So that’s the big challenge.”

In 1968 Engelbart introduced the world to the mouse, which was not much more than a cord, a wooden box, and two wheels. 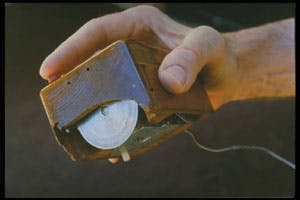 Engelbart debuted his invention and nine of his other creations at the Fall Joint Computer Conference in San Francisco, a computer conference, that is, to this day, considered to be the “the mother of all demos.”

Engelbart was awarded the National Medal of Technology by President Bill Clinton in 2000 and in 2011 he received the first ever honorary doctorate of engineering and technology from Yale.

“We touch your genius every day, as the inventor of the mouse,” Yale President Richard Levin said during the award ceremony, according to the Hartford Courant. “You put computing in our hands, creating a user interface that the world now takes for granted.”