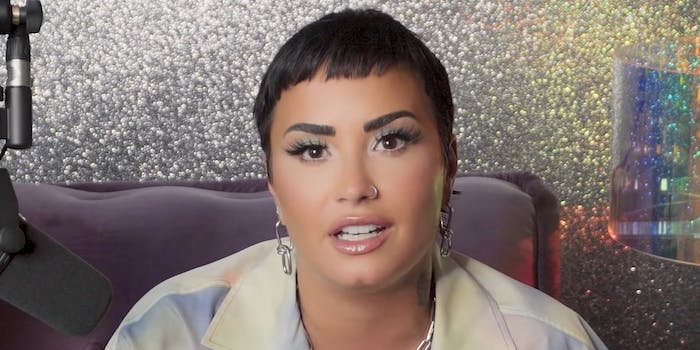 The singer's announcement has been met by an outpouring of fan support.

Singer and actor Demi Lovato just announced that they identify as nonbinary, sharing the news in a launch video for their new podcast 4D.

“Over the past year and a half, I’ve been doing some healing and self-reflective work,” Lovato said in Twitter video. “Through this work, I’ve had the revelation that I identify as nonbinary.”

Lovato will now use they/them pronouns, saying that this best represents the fluid nature of their gender expression and identity.

Lovato already identifies as queer, discussing their sexuality in several interviews over the past couple of years. “I don’t claim to be a spokesperson,” they explained on Twitter, adding that the first episode of their podcast would delve deeper into Lovato’s own identity and the concept of nonbinary identities in general.

Nonbinary transfeminine artist Alok Vaid-Menon will be Lovato’s first guest on the show, positioned as an expert guide.

Demi Lovato is one of the most high-profile celebrities to come out as nonbinary or genderfluid, joining Janelle Monáe, Sam Smith, and Elliot Page. Lovato’s announcement was met by an outpouring of support from fans.