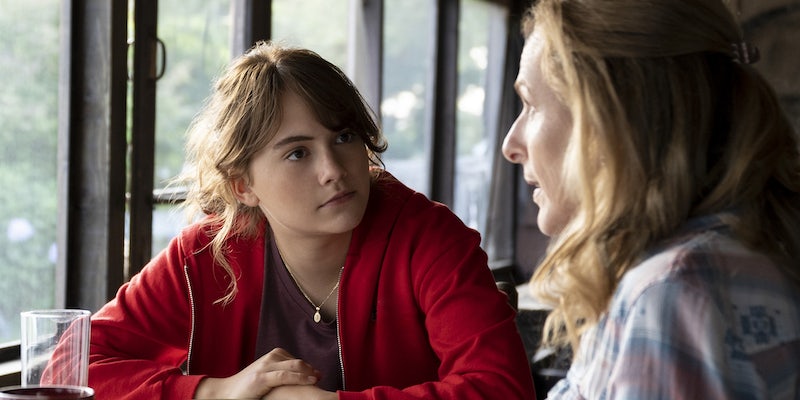 Why ‘CODA’ is turning into a controversial Oscars frontrunner

'CODA' brings groundbreaking Deaf representation to the Oscars this year—but it's also been compared to problematic winners like 'Green Book.'

In the run-up to the Oscars each year, film pundits try to predict the winners based on earlier awards in the season. 2022’s frontrunners for best picture are CODA and The Power of the Dog, but one is rather more divisive than the other. After CODA took home the Producers Guild Award for best picture this weekend, some film buffs drew comparisons with controversial Oscar-winners like Crash and Green Book.

To set the scene here, The Power of the Dog was the early frontrunner. Written and directed by the acclaimed filmmaker Jane Campion, it’s a 1920s Western featuring A-list stars (Benedict Cumberbatch and Kirsten Dunst), widely praised for its cinematography, music, acting and direction. It’s been nominated for 11 Oscars.

Meanwhile CODA was directed by a lesser-known filmmaker (Siân Heder), starring a less-famous cast. Nominated for three Oscars, it’s a coming-of-age story about a girl who grows up in a Deaf family, but is not Deaf herself. She’s a gifted singer, torn between her dreams of a music career and her duties as an ASL interpreter for her family. Earning glowing praise after its Sundance premiere last year, it made headlines when Apple TV+ dropped an astounding $25 million on distribution rights—a sign that Apple saw the film as a crowd-pleasing hit. Its critical response was more mixed overall, with a 74% rating on Metacritic.

CODA is seen as a feel-good “issue movie,” while The Power of the Dog is more of an art film. This comparison is shaping the discourse around 2022’s Oscar season, sparking debate this weekend as some people compared CODA to Crash and Green Book—both of which faced criticism for their depiction of race and racism. The implication here is that while CODA is groundbreaking in terms of Deaf representation, it’s also kind of problematic.

CODA has attracted both praise and criticism from Deaf viewers, with many highlighting the complex and well-characterized main cast. Actor Troy Kotsur, who plays the protagonist’s father, won critical acclaim and is a strong contender for an Oscar.

However, some Deaf viewers found CODA to be inaccurate or overly negative in its depiction of Deaf life. Lennard J. Davis, a professor of disability studies and a Child Of Deaf Adults (CODA), criticized the film as being “for hearing people by hearing people,” adding that CODA misrepresented the Deaf community’s relationship with music. In his words, “The Deaf parents and brother in CODA are seen as essentially without language, because “all they have” is ASL.”

So far, this criticism is nowhere near as extensive as the backlash against Green Book. But as we draw closer to the Academy Awards, the conversation around CODA is taking a familiar tone for Oscar-nominated films about underrepresented minorities.

To state the obvious, Oscar nominees must appeal to a large percentage of Academy voters. Movies about racism need to win over the white majority, movies about disability need to win over the abled majority, and so on. The resulting discourse isn’t a modern phenomenon. Similar controversies played out around Gone with the Wind‘s release in 1939 (praised by the white establishment but criticized by Black commentators), Driving Miss Daisy in 1990, and numerous others.

In that sense, CODA is an Oscar movie through and through. It’s genuinely groundbreaking as a mainstream film with multiple deaf actors in lead roles, bucking the long tradition of abled actors winning awards for playing disabled characters. At the same time, some of CODA‘s harshest criticism has come from Deaf and disabled commentators, an issue that’s likely to gain more traction if it wins best picture next weekend.