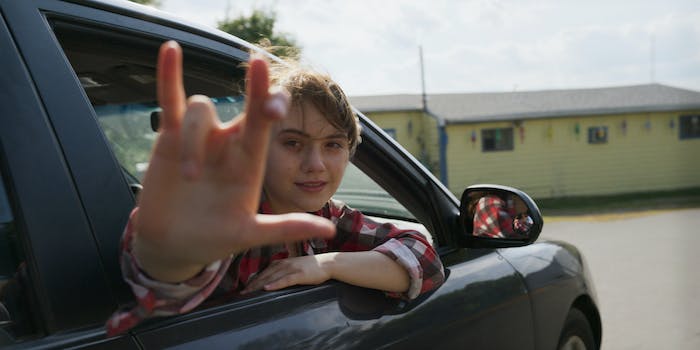 It also features a nuanced portrayal of a deaf family.

CODA sings a familiar tune. It’s a heartwarming crowdpleaser with a tight script that infuses equal parts comedy and drama—and knows how to channel them to set off the waterworks (often in the form of a heart-to-heart with a parent). At its center is a tight-knit, lovable family as one of them goes through your standard coming-of-age story complete with a supportive teacher who isn’t afraid to push back, a first love, and aspirations outside of that small hometown. There are victories and heartbreak for the protagonist, both in a personal and even a professional capacity.

Release Date: Aug. 13, 2021
Director: Siân Heder
Streaming: Apple TV+
A 17-year-old high senior (and the only hearing member of a deaf family) with dreams of attending a prestigious music college is faced with a choice between following her own path for the first time or staying home to help her family’s struggling fishing business. It’s a conventional story with seemingly every coming-of-age cliché in the book, but its fantastic cast and pristine execution will win you over.

Whether you come into CODA (which was adapted from the 2014 French film La Famille Bélier) having already seen its rather effective trailer or know almost nothing about it, you could probably guess the outcome of most of its story beats before they come up—and well, you’d nail it. That doesn’t mean that CODA is a slog, tiring to watch, or exhaustive just because we might know how it plays out. Rather, it’s a prime example of a film that wins you over despite the execution of those tropes and clichés. That’s to the credit of its incredible cast, as well as its nuanced and grounded portrayal of a deaf family that doesn’t make them the butt of jokes because of their disability. (CODA stands for “Child of Deaf Adults.”)

Writer-director Siân Heder quickly embeds us into the lives of the Rossis, a blue-collar family in Gloucester, Massachusetts who relies on the family’s fishing boat (and is often at the mercy of the buyers), with aplomb. High school senior Ruby (Emilia Jones) is the only hearing member of the family who, for much of her life, has had to act much older than her age. She’s often her family’s interpreter on and off the boat, which has involved everything from ordering beers for her parents in grade school, speaking up at a meeting with fellow fishermen, and even relaying personal symptoms to her parents’ doctor. Her parents Frank (Troy Kotsur) and Jackie (Oscar winner Marlee Matlin) are still madly in love with one another, and her older brother Leo (Daniel Durant) strives to take charge of the family business.

They trade barbs, make jokes, and even scroll through Leo’s phone together; Tinder, Jackie explains, is an acceptable dinner activity because it’s something they can all do together while music is not. Ruby’s frustrations with her family come from the kinds of situations that any kid would be annoyed by: Distracting her from her homework, awkward situations, and an initially dismissive attitude about her dreams.

Ruby is shy, the result of years of endless bullying from most of her classmates about her and her family, of whom she’s fiercely protective. She’s not exactly sure what she wants to do after she graduates, but joining her school’s choir club opens up a potential path forward. A mentorship from her choir teacher Bernardo Villalobos (Eugenio Derbez)—or, as he tells those who can’t roll their r’s, Mr. V—helps to foster her voice, both by giving her a big duet with her crush Miles (Ferdia Walsh-Peelo) and preparing her to audition for the Berklee College of Music. The Rossis have the chance to launch a fishing co-op with the other fishermen and sell their hauls directly to customers, which sets Ruby at a crossroads.

CODA is brimming with personality at nearly every moment before Heder’s script throws the family into a series of predictable conflicts and turmoil. We spend the time getting to care about each of the characters and see each of them come alive, so when everything comes to a head, we understand where everyone coming from. Jones walks a fine line with the level of nuance she has to play as Ruby, but she more than pulls it off. Matlin, Kotsur, and Durant (all deaf actors playing deaf characters) each get their chance to shine. And while CODA may be full of clichés, its portrayal of a deaf family isn’t one of them. They’re allowed to exist and deal with the same kinds of problems hearing families go through on-screen all the time. Entire scenes are communicated through American Sign Language, and it’s just as expressive as the words they’re speaking.

Jackie initially scoffs at Ruby’s aspirations and wonders if her daughter can even sing, but it never comes from a place of animosity; her insecurities simmer below the surface. Leo sometimes resents Ruby because her efforts to help the family sometimes make him feel like he’s a child. (“Let them figure out how to deal with deaf people,” Leo replies when Ruby points out how much of the co-op involves dealing with hearing people.) And Frank is gruff and blames Ruby for a mishap that could really cost them, but he’s also her biggest supporter when it counts.

CODA debuted earlier this year at the Sundance Film Festival, where Apple bought it for a record $25 million and it picked up a record four awards (including the Grand Jury Prize), and it’s easy to see why. It’s got a relatable family we want to root for, a story with its ups and downs, and moments that will pull at our heartstrings; the climactic performance is all-but-guaranteed to bring on the tears. And we cling to the clichés for a reason: When a film nails the execution, you can’t beat that kind of satisfaction.

CODA is now playing in select theaters and streaming on Apple TV+.