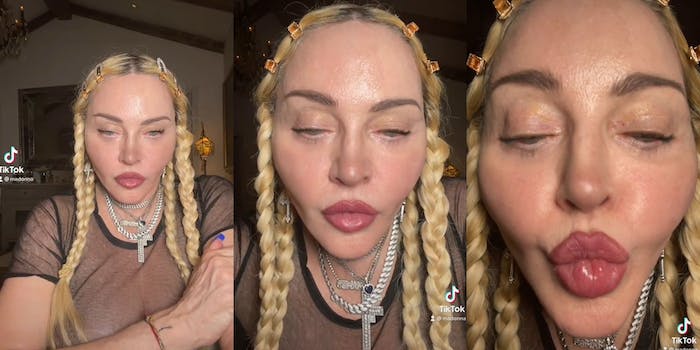 Why are people on TikTok awkwardly zooming in on their faces? Madonna.

Over the weekend, the singer posted a TikTok set to her song “Frozen,” in which she slowly moves her face towards the camera and puckers her lips. It follows a similar video Madonna posted last week.

The top comments on the TikTok, which has more than 12 million views, expressed how “unsettling” it is. “Nurse she’s over here,” said one commenter. From there, it was a flood of “You OK?” and jokes about what’s she’s done to her face.

While predictable, a parody trend has emerged, as people try to replicate Madonna’s slow alien zoom.

One person tweeted, “I don’t think Madonna knows what she’s doing on TikTok,” but it’s clear from this video—and the trend she inspired—that she does.