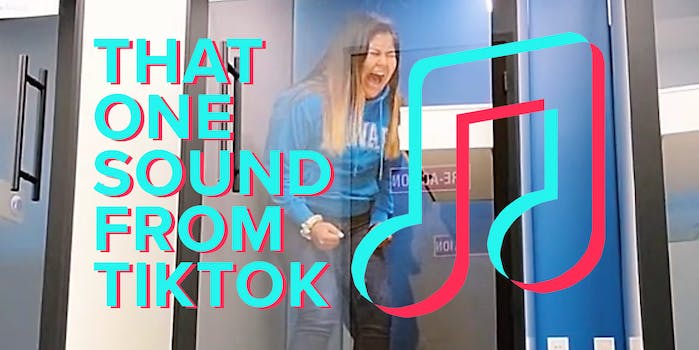 Bo Burnham's 'Inside' created many variants on TikTok.

Jeff Bezos went to sort-of space in his $5.5-billion dick ship this week, then returned to essentially laugh in his workers’ faces. American exceptionalism at its b(leak)est!

Did Bo Burnham know this would happen when he wrote not one but two Jeff Bezos songs for the Netflix special Inside? Maybe not the dick ship part, but over the last two months those songs have thrived TikTok, as Burnham’s hatred for Bezos spills over into videos about Amazon worker conditions and other snapshots of American dystopia.

And this week, the Bezos song got even louder.

There are a few different iterations of the song on TikTok. “Bezos I,” Burnham’s actual title for the song, has been used in more than 290,000 TikToks. In the song, Burnham plays hype man, highlighting Bezos’ rise to power. It culminates with “C’mon, Jeff, get ‘em!” followed by a long scream.

Another TikTok mocked Bezos as he walks through an Amazon warehouse. An Amazon employee tried out new soundproof booths that are apparently meant for private phone calls, though most workers are probably doing what she did.

And people used it to comment on their own shrewd business sense.

TikTok, predictably, went nuts remixing several songs from Inside. In addition to the Bezos ones, Burnham’s unhinged laugh from “Welcome to the Internet” was turned into a buffering nightmare.

The opening line of “Shit”—”How we feeling out there tonight? Yeah, I am not feeling good”—is universal, and was more specifically applied to climate change.

Just so the vibe wasn’t completely off, someone edited a “positive” version.

Burnham is not on TikTok, but I wonder if he’s seen all these variants. He likely didn’t intend for his songs to be used in nail tutorials or funny cat videos, completely recontextualized for another medium.

What does he think about the TikTok account the_amazon_driver using “Bezos I” to soundtrack an Amazon truck speed-delivering packages? Has Bezos heard the songs and thinks they’re some sort of “earnest tribute,” as writer Alison Herman fears?

As stories of Amazon’s horrific working conditions just keep coming, hopefully, the song’s intent isn’t lost in the noise of TikTok. Less quoted is the scene directly after “Bezos I,” in which Burnham ponders whether “allowing giant digital media corporations to exploit the neurochemical drama of our children for profit” was a mistake.