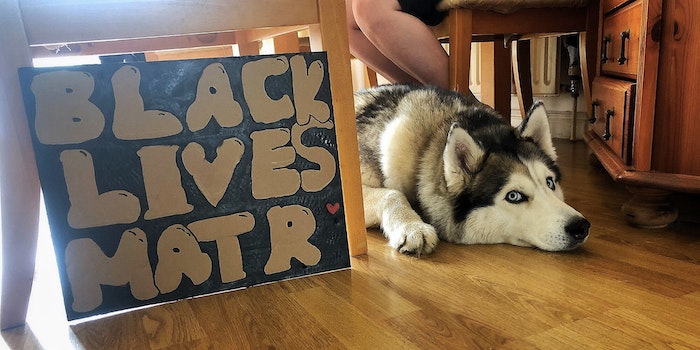 They have the best signs.

Footage coming out of the current protests across the United States has been harrowing.