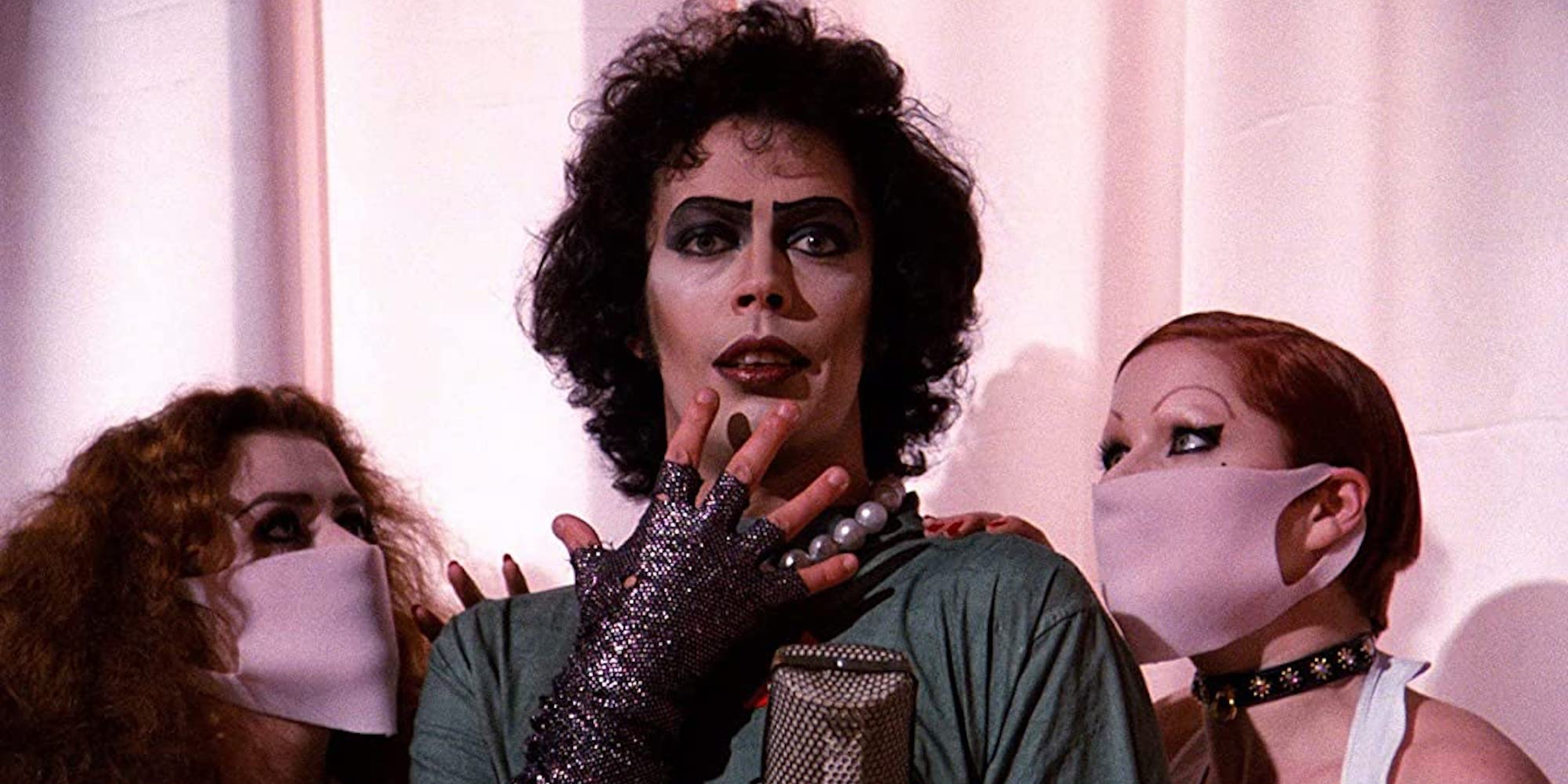 The official 2022 Halloween marathon for every streamer

No matter where you stream we have you covered.

While the days of your local multiplex hosting a Halloween marathon might be in the past outside big cities, streaming has ushered in a new day. Worry not boils and ghouls, we’re here with the best Halloween movies to stream this year.

We’ve traced through every service with a scalpel and programmed you a perfect horror movie marathon based on what’s streaming on today’s best services. Pop some corn and hang garlic by the door; a weekend of nightmares awaits.

The best Halloween movies to stream in 2022

Kick things off with this PG chiller that has haunted audiences since the 1980s. When the body of a little girl is found, a rabid mob takes revenge on an innocent yet mentally ill man in town. But his spirit will not rest, and tonight a scarecrow walks. Lacking in gore but haunting to an unforgettable degree, Dark Night of the Scarecrow is a Halloween treat.

There’s nothing more terrifying than tiny creatures hiding in the dark full of blades and murder. Charles Band’s low-budget masterpiece remains a horrifying fairy tale about paranormal investigators who mess with the wrong puppeteer. Dripping with blood and brilliant monster designs, Puppet Master knows how to pull the strings of fear.

Your Halloween streaming marathon deserves a tribute to the marathons of yore. 1991’s Popcorn is a delicious blood-soaked tribute to everything that makes Halloween great; horror movies, murder, and costumes. A bunch of film students has planned the perfect night of revival horror at a local closed theater. They just couldn’t have planned for the arrival of a deranged killer with a knack for movie makeup. We promise you’ve never seen anything like Popcorn.

Take a break from terror with this magical ghostbusting romantic horror comedy sleeper. Rose has always been unique, but her ability to commune with spirits and the dead came with a deep cost. Now working as a driving instructor, she’s brought back into the world of the beyond thanks to a possessed girl and a rock star. End your Shudder marathon with laughs and a surprising heartfelt final act.

Barbarian is the best horror movie of 2022 and telling you much about it would be a crime. All you need to know is a woman shows up late at night to her AirBnB only to discover someone has already rented the house. What happens next is a nightmare of sometimes hilarious but always blood-chilling, delights.

Continuing the trend of absurdist body horror, Malignant combines the best parts of Italian slasher films and Bloomhouse’s modern chillers. Her entire life Madison has been haunted by visions of death. Following a night of terrible abuse, her visions become a reality, leaving her suspected of murder. Who could be behind the killings and what do they want? The answer will leave you screaming.

Halloween is a time for monsters who haunt the night and creatures we’ve invited into our homes. David Cronenberg’s The Fly is almost a reverse vampire story, where something already in the home turns its host into a monster. Jeff Goldbloom is a revelation as a scientist who learns what happens when teleportation becomes evolution.

Fredy Krueger has been carving up children in their dreams on the silver screen for decades. New Nightmare asks, what if Freddy was able to escape into the real world? This meta nightmare showcases the meanest, most vicious Krueger ever to stalk the world. Free of jokes and full of reality-bending thrills Wes Craven’s New Nightmare might be his best.

Kick off your Hulu Halloween with the joyful absurdity of late-era Nic Cage in Willy’s Wonderland. Cage stars as a nameless drifter who takes an overnight cleaning job at a children’s family fun center to pay for car repairs. But the family fun center holds a dark and violent secret; the animatronic animals are killers. Unfortunately for the monsters, this drifter has secrets of his own. Hilariously dark, Willy’s Wonderland is a cult hit in waiting.

Now that you’ve earned some laughs, it’s time to scream. Splinter‘s low budget never distracts, thanks to brilliant performances and special effects. After stopping to help a stranded motorist, a couple finds themselves taken hostage. Sadly, that just scratches the surface of the danger they face as a vicious parasite begins to ravage the rural community they’re in. A simple splinter has never had such revolting and nightmarish consequences.

Set aside any memories you might have of the original series. The recent Wrong Turn reboot is a perfect pairing for Halloween with its awful answer to the question, “who lives in the woods?” A group of hikers discovers the flesh-crawling truth in this vicious and haunting horror show. From its subtle beginnings to the chilling final, Wrong Turn is a thrill ride.

28 Days Later is a film so tense and cruel it almost feels lurid. Four weeks after the UK falls at the hands of an incurable virus that turns people into killers, a group of survivors finds themselves hunting for safety. When the blood of your loved ones can betray you, how close can you be to anyone? The low-budget cinematography gives the film a grim realism, but every brutally beautiful performance adds to the horror of seeing these characters die. End the night on a high note.

Kick off your marathon with one of the funniest surrealist horror comedy musicals of all time, The Rocky Horror Picture Show. This is arguably one of the finest Halloween films ever made, a celebration of makeup, costumes, murder, and skimpy outfits at parties. When their car breaks down outside a castle, a couple of newlyweds stumble upon a threat to their purity (and lives). This kinky rock and roll musical remains a classic almost 50 years later.

In 75 minutes, The House on Haunted Hill packs more scares than most two-hour films. Vincent Price stars as a millionaire who offers five people $10,000 if they agree to spend the night locked in a rented house with a dark past. It’s incredible how effective the film’s effects and timing remain even by modern standards. Take a chance on this black-and-white classic.

The Taking of Deborah Logan unravels like a bad dream, beginning as the tale of a film crew documenting an Alzheimer’s patient before exploding in demonic chaos. By leaning so heavily into its emotionally devastating subject matter early only, Deborah Logan sets the audience up to second guess itself. The result is a brilliant riff on exorcism films anchored by a brilliant performance by Jill Larson.

The new Hulu remake is fine, but to round out a true Halloween marathon, the classics must be respected. Hellraiser is still hardcore, even by today’s standards. This story of forbidden love from beyond the grave is brutally violent and oddly sensual. There are few better films to wrap up a Halloween night than Clive Barker’s dance of monsters and the people who call them.

Mike Flanagan has become the horror creator of choice for Netflix these days, but his 2016 debut for the service, Hush, remains his sleeper classic. Deaf-mute author Maddie Young heads off to a cabin in the woods to work on her latest horror novel. Her peaceful retreat hits a snag when a masked killer comes across her cabin while committing another murder. This clever play on the slasher genre will make you look twice at every masked kid who rings your doorbell.

Sure, 80s slashers had some strict views on sex before marriage, but It Follows fatal sexually transmitted haunting might be horror’s most extreme. After sleeping with her new boyfriend, Jay discovers she’s been cursed, haunted by terrifying spirits who never stop following her. This film broke ground in the art of jump scares, but its brilliant script builds just as much tension in its quiet moments.

Arguably the most nihilistic Stephen King adaptation, The Mist still demands a spooky season viewing for any fan of monster mayhem. A bad storm causes the citizens of a small town to rush to the store for basic supplies. As they shop, a dense mist envelops the town, bringing nightmare creatures from another world. The social order begins to collapse, but the real monsters wait outside. Who will survive, and what will be left of them?

Mike Flanagan makes his second appearance on this list with his criminally underrated sequel to the utterly forgettable Ouija. Following the death of her husband, Alice pays the bills by working as a seance artist. When a gimmick accidentally opens a door to something evil, the family finds itself enveloped in a demonic plot for their very souls. For all its terror, the worst horror is how loveable the characters are before hell rains down upon them.