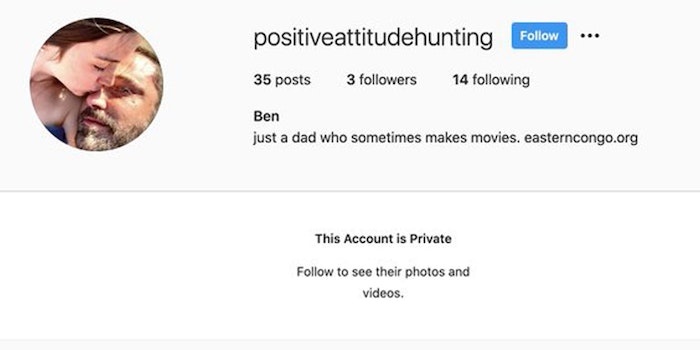 The account is followed by Ana de Armas and Jennifer Garner—the most obvious clues the account is the real deal.

Ben Affleck has been holding out on us, y’all. That’s right, the 47-year-old divorced father of three—who has, most recently found love in the arms of 32-year-old Cuban actress Ana de Armas—is reported to have a top-secret finsta account.