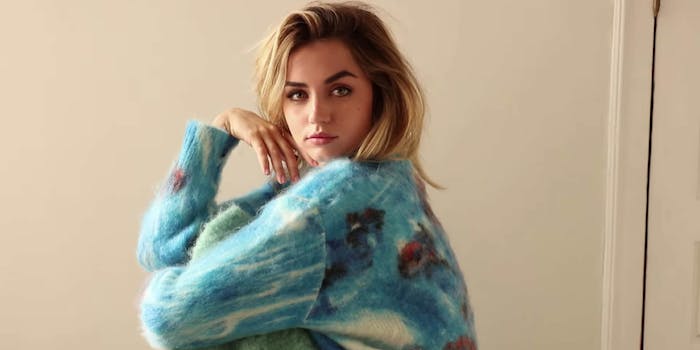 Ana de Armas blocks her No. 1 stan after tweets about relationship with Ben Affleck

The account shadily tweeted about the rumored couple's quarantine walks.

Ana de Armas, best known for her role in Knives Out, has blocked her number one fan account on Twitter.

“Not sure. Was just using lighthearted sarcasm with my tweets, but I understand if she took it the wrong way,” the account wrote in response to Katz asking what happened.

It is suspected the account is referring to a series of tweets it wrote directed at Armas and her rumored new boyfriend, Ben Affleck.

“Ana de Armas & Ben Affleck walk their dogs outside instead of praying for the pandemic to go away on Easter Sunday,” the account wrote on April 12, along with photos of the duo on a walk.

Armas and Affleck have been snapped taking walks during the coronavirus quarantine many times, which is fine as it is not being recommended against by officials. The snarky tweets in question by Ana de Armas Updates are all regarding these walks.

“Ana de Armas & Ben Affleck hopefully telling each other to go back inside,” the account tweeted on March 28.

On that same day, the account tweeted about the walk once more.

“Ana de Armas & Ben Affleck enjoy some fresh air instead of staying at home,” it wrote.

On April 10, Armas and Affleck were spotted wearing face masks on their walk for what appeared to be the first time.

“Ana de Armas & Ben Affleck get early morning coffee and walk their dogs together while finally wearing masks when outside,” it wrote.

After Armas blocked the account, other stan accounts for celebrities like Jennifer Lawrence, Florence Pugh, and Jake Gyllenhaal have offered their condolences along with suggestions to start stanning someone new.

Armas has not yet publicly addressed why she chose to block Ana de Armas Updates.