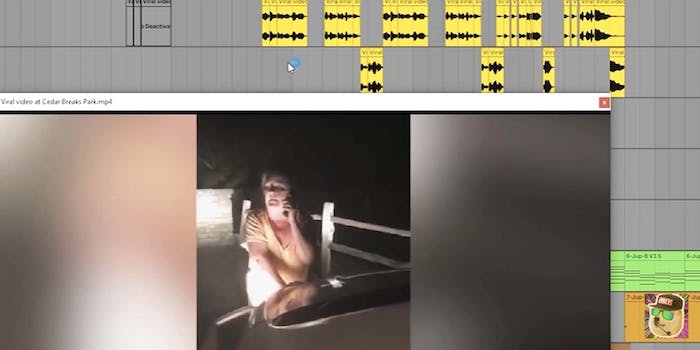 Someone turned this Karen video into an ’80s synth-pop song

Mid-August may be a little late to declare a 2020 song of the summer, but we found a bop in the style of ’80s synth-pop that just might do this trash year some justice. And it will surely come as a huge surprise that we have a so-called Karen to thank for it.

The source of the inspiration, however, did not come from any number of rogue Karens harassing BIPOC or throwing temper tantrums in retail and grocery stores over being told to wear a mask in 2020—but an August 2018 incident that took place in Georgetown, Texas.

After a day of jet skiing at Lake Georgetown, a driver had accidentally taken a wrong exit into a camping site. As he attempted to correct himself, a parking attendant rushed his vehicle and told him that he was not allowed to leave and that she was calling the cops. Perplexed, the driver began filming video footage with his phone as the attendant literally attempted to block him from leaving. But as we all know, this only tends to escalate Karen behavior.

Similar to the Amy Cooper video that surfaced earlier this year, the parking attendant began screaming to the 911 dispatcher that the driver was running over her with his vehicle, when in fact the video proved otherwise. She then began screaming the name “Mike” over and over again at the top of her lungs.

Fortunately, the driver was later able to clear his name thanks to his video, and the moment was recently been mined for the ’80s synth-pop song from Composerily.

With some help from autotune, they were able to turn the woman’s shrill screams of “Mike” into an E flat major note, which was paired with a chord progression. Then, with the help of some keyboard, a drum track, bells, a little off-camera tweaking here and there, some “A-ha bass,” and putting a little stank on it—they were able to create an ’80s synth-pop banger worthy of Stranger Things. And uh, we are pleased to report that it actually kinda slaps?

After all, as the saying goes, great art comes from great pain. Or maybe one man’s trash is another man’s treasure?

As a postscript, it’s worth noting that after her story went viral, the parking attendant was eventually relieved of her position. But this Karen ’80s synth-pop track will live on with us forever.