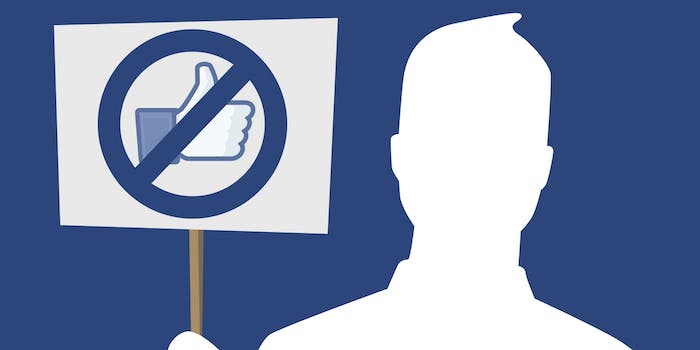 Here's a handy guide to rising above the riff-raff online.

If you’re on the Internet at all—and if you’re not, I’m not sure how you’re reading this—you’ve surely noticed the substantial number of people who aren’t very good at it. Human nature must bear some of the blame, seeing as we say stupid things both online and off, but beyond that, there appear to be fundamental gaps in our social media literacy.

So before you post that video, meme, or selfie on Facebook (or Twitter, or Instagram, or Tumblr, and let’s consider avoiding Snapchat completely), ask yourself whether it fits one or more of the criteria outlined below. Because nobody ever regretted not uploading something for the entire world to see, and you may well save yourself a load of grief down the line.

1) It’s evidence of a crime you committed.

Nary a day goes by anymore without a story about idiot thieves accidentally outing themselves with a photo taken on a stolen device—at this point, such cases are barely worth reporting. We get that you’re excited to play with your ill-gotten toy, but one of the neat things about iPhones is that they’re connected to the iCloud, and if that service can’t keep Jennifer Lawrence’s nudes secure, well, what hope is there for you? (Likewise, try to refrain from providing proof that you are in a gang, grow weed, get minors drunk, or torture animals.)

Facebook isn’t a Ku Klux Klan rally, no matter how much white people love it, and trust us, you’re not impressing anyone but your crotchety great-uncle when you drop the n-word. In fact, with each pointless hateful comment, more and more of your “friends” are silently blocking you from appearing in their news feeds, until at last one day you are simply screaming into the void, with no one to answer—as fitting a punishment as we can imagine. Also, your insecurity is showing.

Here are a few examples of announcements that work just fine online: graduated, engaged, married, baby born, going on vacation, new job (as long as your current boss already knows, of course), bought a house, finished the crossword in Sunday’s New York Times. Some things you may want to play closer to the vest: a sudden death, an acquaintance going to rehab, the details of your ongoing divorce, a scathing opinion of your child’s private preschool. Comments about these matters are almost always improper in a public setting—you wouldn’t shout this stuff in the middle of Times Square, would you?

Brands and news outlets are often worse about this than individuals, but nevertheless, it’s best to avoid making the impression that you’re exploiting a tragedy for attention and clicks. Try to remember that “likes” and shares are are only a valuable currency in your own Web-addled mind, a consensual delusion of sorts, and that the sanctity of human life, such as it is, definitely outweighs the opportunity to “win” whatever media micro-cycle we find ourselves in at the moment. Believe it or not, the average person’s emotional range extends beyond a thumbs-up or withholding of same.

5) It involves someone who wouldn’t want you to post it.

Other people in your proximity may not share your devil-may-care attitude about personal privacy; do them a solid and ask yourself whether they would consent to being tagged in whatever you’re about to say. Even friendly ribbing can look like cyberbullying and explode into unnecessary drama. For that reason, too, you’re better off having any heated arguments far away from your Facebook wall, where randos can rubberneck, throw fuel on the fire, or screencap it for Reddit’s amusement. We can’t imagine anybody has ever successfully hugged it out over the Internet, either.

6) It might get you fired—or prevent you from getting a job.

Much as you wouldn’t show up to a job interview in blackface and slurping from a classic red Solo cup, we’d advise you not reveal that behavior on Facebook. Because guess what? The last person who hired you—and the next—are on Facebook as well. It may not be fair that employers take your drinking or drug use into account when making hiring decisions, but that won’t stop them from doing it. Oh, and if you’re a teacher, you might want to steer clear of social media altogether, because your students will inevitably use it against you.

Perhaps you remember the Pennsylvania 14-year-old currently facing two years of jail time for mimicking oral sex with a statue of Jesus? Just imagine: if he’d had a better sense of humor, he wouldn’t have become fodder for the spurious “War on Christianity” narrative Fox News seems bent on peddling. (Besides, when it comes to casual blasphemy, you kind of have to be there.) The trick here is to put yourself in your grandmother’s slippers and decide whether she would approve of what you’re doing. No? Then delete or put it in a scrapbook. That way you can look back fondly on your dumb hijinx instead of apologizing for them.