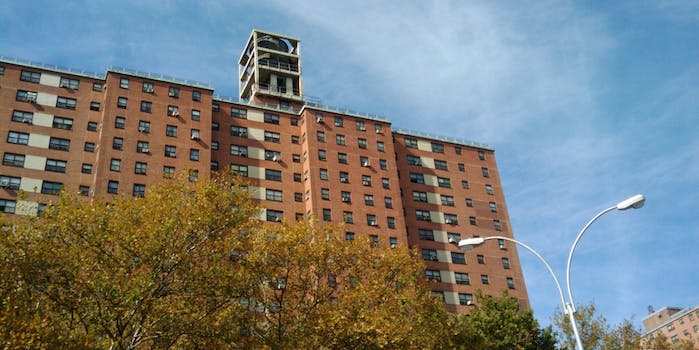 But did they cast too wide a net?

Early last Wednesday, the New York Police Department stormed the General Ulysses S. Grant and Manhattanville housing projects in West Harlem, arresting 40 suspects charged with crimes including murder, assault, and conspiracy in a 145-count indictment. It was the largest so-called “gang raid” ever conducted by the NYPD—a case partially built on the meticulous review of more than a million posts culled from Facebook and other social feeds.

As the Juvenile Justice Information Exchange reported, authorities were attempting to quell a longstanding feud between the two houses that has almost nothing to do with territory—it’s just a bloody cycle of vengeance. Although gang names like “3Staacs,” “Make It Happen Boys,” “Only the Ville,” and “Money Avenue” are mentioned, there’s scant evidence of anything like organized crime. Instead, investigators followed a trail of online abuse, schemes, taunts, and provocations.

That prosecutors have cited dozens of Facebook statuses alongside snippets of recorded phone calls in their account of a major “conspiracy” surely heralds an uneasy change in law enforcement. Because while a chat message asking for “$200 to help purchase a .40 caliber firearm for $450” or a status declaring that a rival will soon be “breathing out a tube” may clearly demonstrate intent to harm, mixed into the indictment are statements much harder to parse.

The sentence “damn now somebody gonna get hurt real bad,” for example—written in response to news of a shooting—could merely lament the retributive violence sure to follow. The threat “we shoot to kill” could be no more than faux-thug bravado, a very popular Internet pastime. Simple shoutouts and gripes like “Money Ave gang or don’t bang” and “them Grant n****s bro they getting on my nerve bro real talk” reveal only residential (and circumstantial) brand affinities.

More fascinating still is the language used to introduce such evidence: the phrase “caused or permitted to be posted” appears again and again, which raises the troubling thought that certain defendants could have been rounded up for leaving their Facebook account vulnerable to other parties. This murky sort of entanglement was underscored by locals who commented that the NYPD had arrested “a whole generation of kids”—that is to say, if you’re using social web services as your nets, you’re going to snatch up everyone. Even those later exonerated will languish in the justice system, many returning home hardened by Rikers Island.

But last week’s raid was barely real for me: Despite the presence of hundreds of flak-jacketed police officers backed up by roving helicopters, I slept right through it. My apartment lies across Broadway’s elevated subway tracks—a bit of symbolism not lost on me—from the Grant houses, whose plain brick façade dominates my eastern view. While I dozed peacefully in a neighborhood that has been more fully gentrified by an ever-expanding Columbia University, fellow citizens were allegedly brutalized and had their apartments tossed almost at random.

Columbia itself soon issued an oddly smug email (forwarded to the Daily Dot by a faculty member) that inflated the number of individuals taken into custody—“over 100,” claims the letter from Vice President for Public Safety James F. McShane, though only 79 had been booked as of that time. What’s more, the school used the arrests as an excuse to increase security, announcing “enhanced NYPD patrols” by painclothes officers and touting their “extensive system of video cameras” in Manhattanville, the site of contentious new developments. If the sprawling indictment didn’t mean a reduction of crime in the area, why was it written up?

“[T]he tone is a little hard to reconcile with the facts of the situation,” the Columbia faculty member said of the institution-wide missive. “CU is expanding big time into Manhattanville, and these [housing] projects don’t really fit the narrative there. As you can see they are eager to convince us we are safe. In practice, I don’t know that they are doing much different.” At any rate, lines have been drawn and gauntlets thrown—all in predictable fashion: “As a colleague said, wake me up when they can announce they’ve indicted 100 student rapists on campus.”

To be fair, there’s plenty of chilling material in the state’s reams of Facebook data: suspects take credit for stabbings and shootings; they bicker over the exchange or loss of firearms; they brag about the killing of 18-year-old basketball star Tayshana Murphy—“my n****s bodied a Grant bitch,” reads one boast. And yet the sweeping police action taken on the basis of these posts suggests that police haven’t grasped many nuances of the online experience. While social media is undeniably a legitimate tool in the NYPD’s fight against gang warfare, it’s clear that for the moment, they’re wielding it like a blunt instrument.