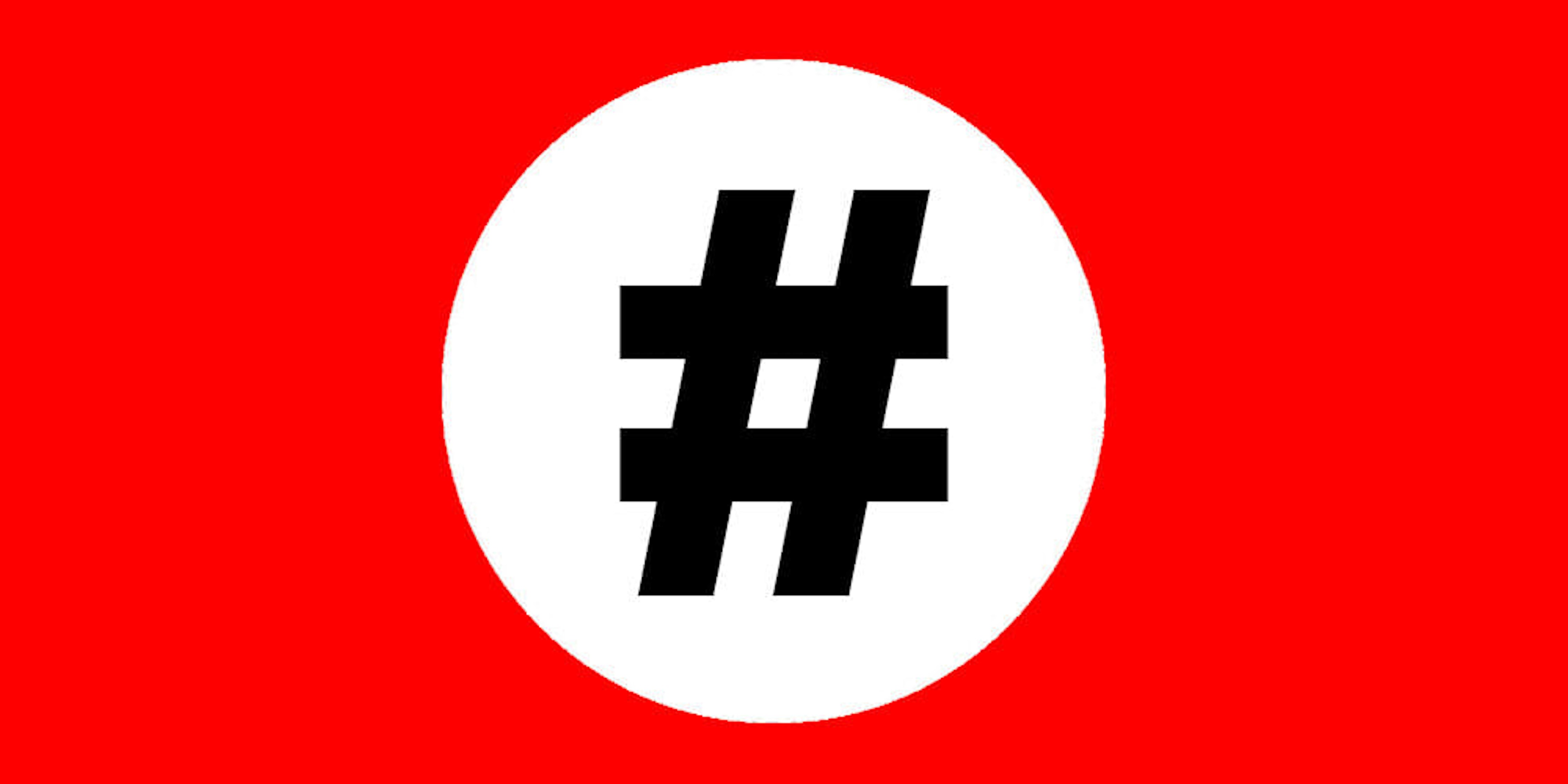 Members of the notorious internet forum 4chan have proposed a new troll campaign aimed at converting the hashtag into a white supremacist symbol.

In a post, on the /pol/ or “politically incorrect” message board, an anonymous user calls on his fellow forum frequenters to begin creating propaganda that incorporates the commonly used pound sign.

“We must start using # to represent the swastika on memes and social media,” the user states.

The far-right campaign, dubbed “Bash the Hash,” a play on the anti-fascist term “Bash the Fash,” aims to remove the ability of sites like Twitter to use the popular symbol.

“It will be a perfect win-win situation,” the user adds. “Either Twitter will have to accept blatant Nazism on its forums or it will effectively have to find a way to get rid of the site’s core mechanics.”

Bash the Hash “will also force corporations to stop putting hashtags on every fucking ad ever,” according to the campaign leader.

Although the idea was met with mixed reviews, a slew of campaign posters and memes began circulating on Twitter. The posts were purported to originate from sources such as antifa–a far-left collective known for using direct action or violence against far-right groups.

It’s time we all learn who to fight and understand which symbols the alt-right uses. #antifa #bashthehash #lovenothate pic.twitter.com/vanolUnKmv

This is a hate symbol of the right!#bashthehash #women #bethechange pic.twitter.com/pNOy8Ufz2w

The hashtag was also equated to the swastika and other Nazi icons. It was even alleged to stand for “Heil Hitler.”

Pretty funny to realize that twitter (and basically all of social media) is built around a nazi symbol. #bashthehash pic.twitter.com/hToWsDH1uK

One user, claiming to be a Black female, warned “Black sisters” to be on the lookout for the “Nazi dog whistle.”

Stay safe my black sisters. Make them afraid again and stay on top of everything they come up with. WE HEAR EVERY NAZI DOG WHISTLE #bashthehash #resist #StopTheHate pic.twitter.com/fHUVmjP2Md

The attempted trolling is far from the first to arise from 4chan in the past few years. In 2017, the online board similarly started a fake antifa campaign that called for violence against white women who were supportive of President Donald Trump.

In perhaps its most successful campaign, 4chan was seemingly able to convince countless people that the “OK” hand gesture was actually a secret white supremacist signal. It became so prominent that the Anti-Defamation League (ADL), one of the country’s oldest civil rights organizations, released a statement calling on individuals to consider the context in which the hand gesture is used.

“Has the simple thumb-and-forefinger ‘OK’ hand gesture become a common white supremacist hand sign?” the group asked. “Not quite, but it has become a popular gesture used by people across several segments of the right and far right—including some actual white supremacists—who generally use it to trigger reactions, or what they would describe as ‘trolling the libs.'”

While 4chan’s latest campaign is almost certain to be largely ineffective, the hoax highlights how the battle of ideas is fought in the digital era.