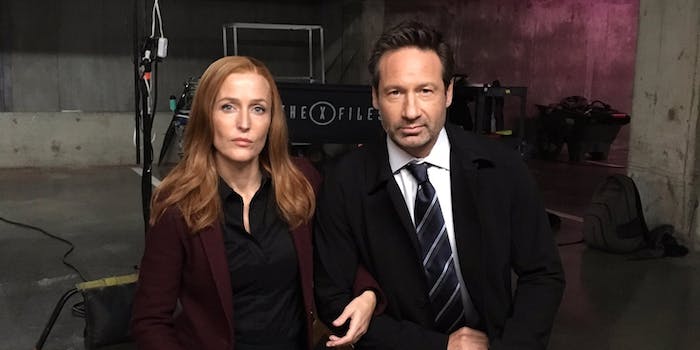 The #TakeAKnee protest has spread from sports to the world of TV, with actors now kneeling in solidarity of the anti-police brutality protest begun by Colin Kaepernick. As the protests gain momentum across the NFL, NBA and even possibly NASCAR, the conservative backlash clearly isn’t having much impact.

Gillian Anderson and David Duchovny are the latest to join the protest, posting a photo of themselves from the X-Files set. This comes soon after the cast of Star Trek: Discovery took a knee on the day of their show’s premiere, with actor Jason Isaacs saying, “If I could take one knee on the bridge [of the U.S.S. Discovery] I would.”

These symbolic protests were inevitably met by displeasure from some fans. Many people dislike the idea of celebrities expressing political views, but it’s hard to maintain that stance with a reality TV star in the White House. And judging by President Donald Trump’s response to the original NFL protests, it looks like celebrity protests may (unfortunately) garner more presidential attention than days when thousands of people are marching in the streets.