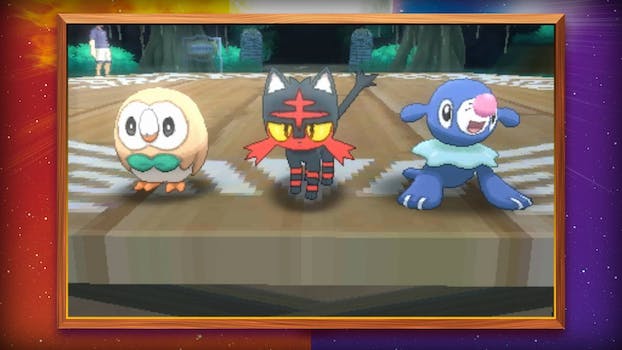 Want to catch 'em all? Here's your guide.

The Alola region is the true star of Pokémon Sun and Moon, a tropical landscape full of elusive and rare Pokémon. Any Pokémon trainer is likely eager to capture all of the region’s new Pokémon and fill up their Pokédex. However, some of these creatures are rather tough to obtain.

Below, you’ll find a guide on how to locate some of the harder-to-find monsters in Sun and Moon. Be warned, the descriptions may contain mild spoilers for the story of the games. These descriptions also feature some QR codes (via Reckless_Chomp on Reddit) that players can scan with their 3DS to view each location on the in-game map. 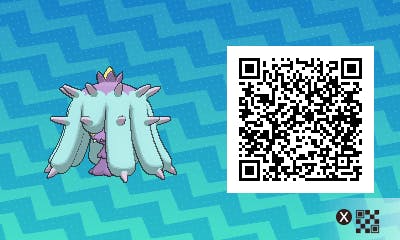 Finding this elusive Water and Poison type requires you to make use of one of Pokémon Sun and Moon’s new tactics for catching Pokémon. Before you set out, you’ll want to make sure you have a few Adrenaline Orbs, a fishing rod, and many Dive Balls. Surf out into the bay on Akala island and head for one of the rippling fishing spots. Cast your rod until you find Corsola.

While in battle with Corsola, its important not to knock it out. Have your battling Pokémon hold the Adrenaline Orb and chip away at Corsola’s health. When it calls for help, Mareanie has a chance to appear. If Corsola brings in a different Pokémon, be sure to knock the help out and Corsola will call another one. Doing so a few times should net you a Mareanie. Upon capture, read Mareanie’s Pokédex entry for some insight into why it only spawns with Corsola. 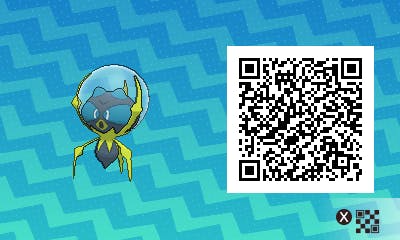 After clearing Captain Lana’s trial, return to Brooklet Hill during the day. Ride around on Lapras’s back in the open waters until you come across Wimpider. This is the only location in the game where this creature will appear, and it doesn’t come out at night.

Its evolution, Araqunid, can be found later in the game in Mallie Garden, or evolved from Wimpider at level 22. However, if you’re aiming to completely fill your Pokédex, you’ll either need to breed Araqunid, or head down to Brooklet Hill and grab Dewpider. 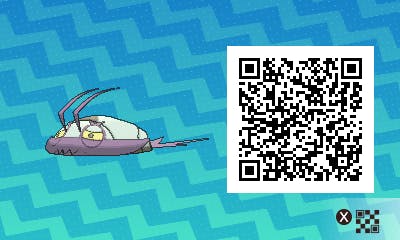 This fearful bug can be found skittering around on several beaches in the Alola region. To capture it, you’ll need to run into one of the creatures in the overworld and engage it. It is best to use Tauros’s charging ability while in pursuit, so the creature can’t evade you. If you fail to touch Wimpod before it hides in its cave, it will take another 24 hours for more to spawn.

After starting a battle with Wimpod, be careful about doing too much damage. If its health falls below 50 percent, Wimpod’s ability allows it to flee from battle. Your best bet will be to use a move like Sing or Thunder Wave and chuck Quick Balls at the Pokémon until its yours. The spots where Wimpod are found can be located on Route 8 and the coasts of Poni Island. 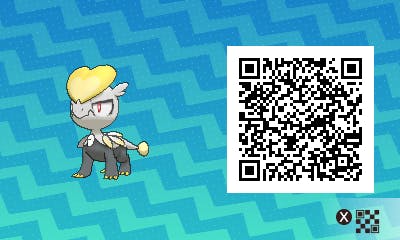 Though this little dragon was revealed in an early trailer for Sun and Moon, it unfortunately can’t be caught until late in the game. On Poni Island, your fourth destination on the Trial Challenge, you’ll enter the Vast Pond Canyon in search of a Totem Pokémon. While you will encounter Jangmo-o and its evolutions deep inside a dark cave near the end of the challenge, it is possible to capture one outside of this event.

Up the hill from the entrance to the Totem’s Den, there are a few elevated patches of grass. Jangmo-o will appear here, and it can summon its evolutions if you use the Adrenaline Orb item and have it call for help. These Pokémon are incredibly strong and will make for great additions to your party when taking on the Pokémon League. 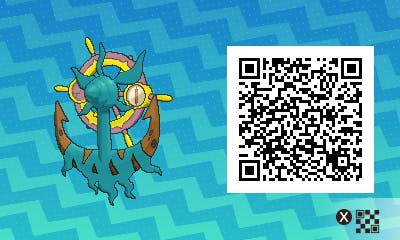 In Poni Island’s Seafolk Village, you’ll find a boat that looks a lot like the massive Pokémon Steelix. Enter the boat through the creature’s mouth and make your way toward the open area at the back of the room inside. You’ll find a man standing out on the balcony holding a fishing rod. While it might seem inconspicuous at first, this is the only place you can fish in the village, and the only spot to capture an incredibly rare Pokémon.

Dhelmise, the grass-ghost type shaped like an anchor is one of Alola’s most mysterious species. To catch it, you’ll need to cast your rod into the water before you. It’s best to do so when the water is bubbling, as this gives Dhelmise a better chance of appearing. Keep entering and exiting the boat to make the water ripple. Bring lots of Poké Balls and patience, as it can take some serious time before Dhelmist will appear. Your rival Gladion uses Type: Null in his battles against you each time you encounter him, but the Pokémon doesn’t appear anywhere in the wilds of Alola. An experiment used by the Aether Foundation, Type: Null is unique in its man-made nature, but not impossible to add to your Pokédex. Before you can claim one, you’ll need to defeat the Pokémon League.

After doing so, head back to the Aether Foundation. In the Restoration Area, you’ll find Gladion brooding alone. Approach him, and he’ll gift you with a Type: Null, as well as the type-changing drives for Silvally, its evolution. To get your Type: Null to evolve, you’ll need to raise its friendship levels in battle and feed it beans using Pokémon Refresh. 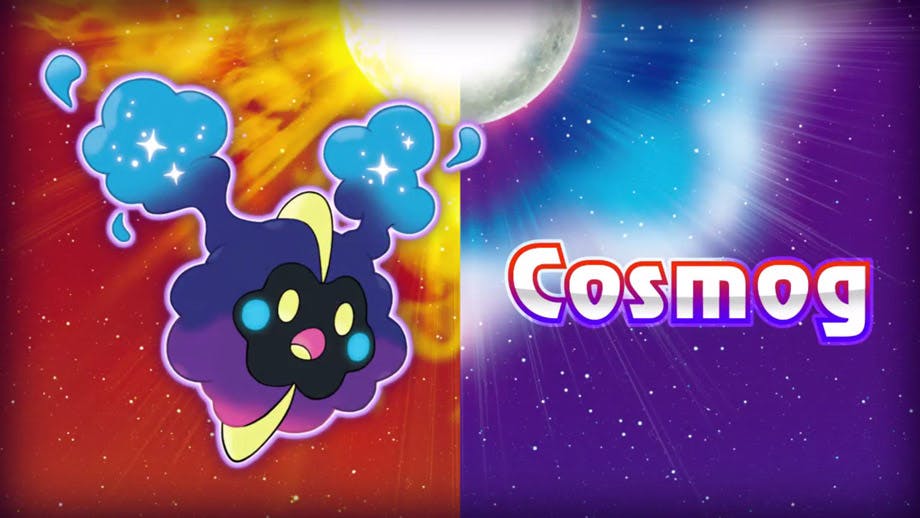 Though this adorable little ball of stars and clouds plays a central role in the game’s story, it is possible to claim your own after you’ve become Alola’s champion. The process requires a bit of traveling through the Alola region, as well as another dimension entirely. What you’ll need to do is bring your box legendary (Solgaleo in Sun, Lunala in Moon) to the altar where you first encountered it on Poni Island. After climbing the many stairs, you will find a portal that you can interact with. Doing so brings you to another world, where the time of day is reversed from the world you started in.

In this new world, which happens to perfectly mirror the Alola you remember, you’ll need to visit the game’s lake, located on Ula’Ula Island. Deep underground, your legendary Pokémon will emerge from its Poké Ball and interact with another being from this world. Then, a Cosmog will appear and join your team. This Pokémon is particularly weak, and evolves into Cosmeon at level 43, and then into another Solgaleo or Lunala at 53. This is the only way to register Cosmog and Cosmeom in your PokéDex, so completionists won’t want to skip this event. 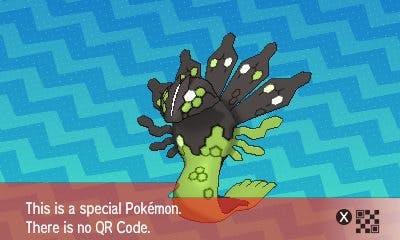 While this mysterious legendary creature was introduced in Pokémon X and Y, the true nature of its power was not revealed until Sun and Moon. You can actually obtain this Pokémon early on in your adventure, but it will take a lot of work to unleash its full potential. On Route 16, you will find a building known as the Restoration Center, and a few familiar faces from the Kalos region will be waiting there to help you claim your very own Zygarde. Dexio and Sina, a pair of Professor Sycamore’s assistants, will give you a key item known as the Zygarde Cube along with a special quest.

Scattered across the Alola region are cells and cores that make up the mythical Zygarde. You will know one is near in the overworld by spotting a shiny glow hidden away somewhere on the screen. A grand total of 95 green cells are hidden throughout the map, with some only appearing at certain times of the day. Likewise, there are only five cores that stick out with a red sparkle, making for 100 total components to collect. Once you find 10, you’ll be able to construct a weakened Zygarde in its form that resembles a dog. At 50 percent found, you will gain its more powerful snake forme. When you have found each of the five cores and every hidden cell, Zygarde will achieve its final, bipedal form, with access to new moves and abilities.

One notable feature missing from this brand new generation of Pokémon games at launch was the ability to transfer creatures from games like X, Y, Omega Ruby, and Alpha Sapphire. With the in-game Pokédex for Sun and Moon coming in just around 300, a serious chunk of the series’ history was missing for fans hoping to fill their Poké dex. X and Y lacked a number of Poké mon when they first came out as well, and it wasn’t until Poké mon Bank was released that players could actually catch ‘em all.

The service was promised as a 2017 release for Sun and Moon back in October, and support for the newest pair of games was finally added in January. The app requires a $4.99 per month subscription, but it allows the storage of all your favorite Poké mon in a cloud collection. You can freely transfer Poké mon between games and complete the national Poké dex. However, the new update also adds several bonuses for Poké mon Sun and Moon.

Pokémon Bank has been updated for #PokemonSunMoon! To celebrate, all Pokémon Bank users can receive Mew’s Z-Crystal! https://t.co/XSh23CubsI pic.twitter.com/pZEU0sdDkH

Anyone who uses the app between now and Oct. 2, 2017, will receive a Z-crystal for Mew, previously unavailable in the game. Use of this crystal grants a powerful new move for the legendary creature. Players can also track important milestones like individual Poké mon captured and wild battles participated in. These statistics can be used to unlock currency for the Plaza Street in Sun and Moon, which grants Battle Points for certain achievements.

While the QR-scanning capability of the Rotom Pokédex is one of the most useful tools to recording the data of all Alola’s native species, it comes with another surprising function. After you use a code to add a new Pokémon entry to the pages of your Pokédex, you may notice you have received 10 points for using the scanner. Once you hit 100 points, you gain access to something known as an “Island Scan.” Note that you won’t be able to instantly scan 10 codes at a time, as they take about an hour to generate, so you’ll need to be checking back in frequently to build those points up.
The Island Scan will alert you that a rare Pokémon has appeared on the island you are currently visiting. You can see its silhouette and location after initiating a scan, but you will only have one hour to track it down. Run to the route given in the Pokédex and check the local patches of grass until a special encounter kicks off. All you have to do is catch the creature normally and you will have added a Pokémon that is not typically available in the Alola Pokédex to your collection. Starter Pokémon from previous generations can appear using this method, so be sure to try it out on each island multiple times to try and catch them all.

Need more help? Check out 7 tips and tricks for Pokémon Sun and Moon.