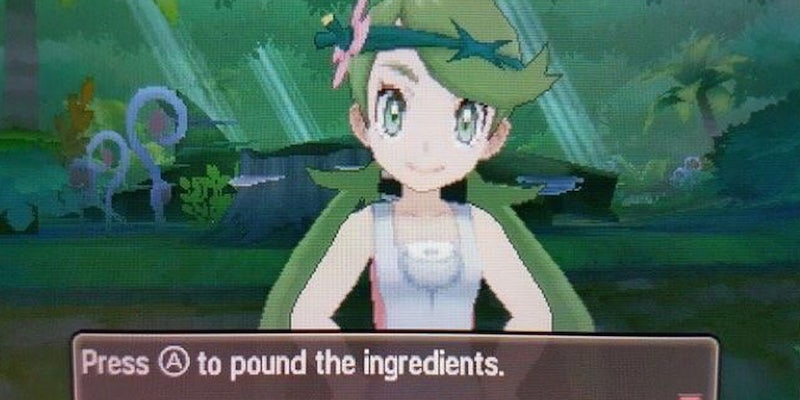 Photo via Pokémon Sun and Moon

Depraved Pokémon fans are ‘pressing A to pound’ female characters

Pokémon‘s latest installment, Sun and Moon, has produced a number of good memes—the fake Harambe Pokémon, the ridiculous Alola Exeggutor—but it’s also broken new ground in terms of thirsty fans sexualizing its characters. First, they pornified a “thicc” new Pokémon researcher, and now they’re “pressing A to pound” on a bunch of the game’s female characters.

There’s a scene in Sun and Moon where you’ve just collected four ingredients from the jungle for the Trial Master, a girl called Mallow. Now Mallow wants you to “press A to pound the ingredients.” 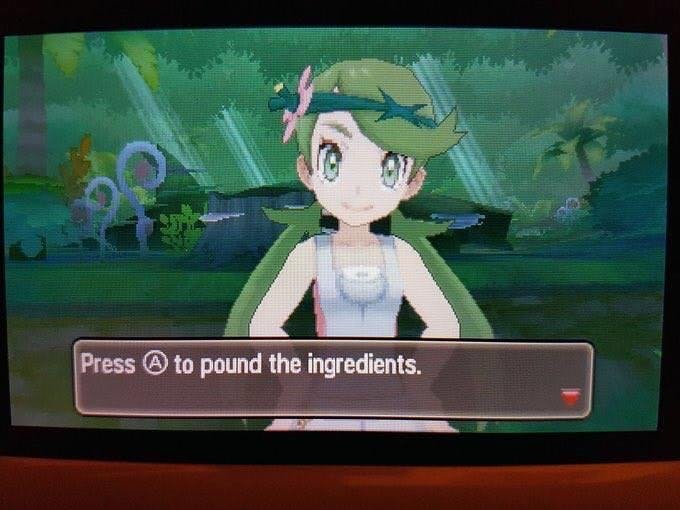 Thanks to the pruriently minded posters at 4chan‘s /vg/ video games imageboard, that somehow became “press a to pound” Mallow herself. And every other woman in the game. 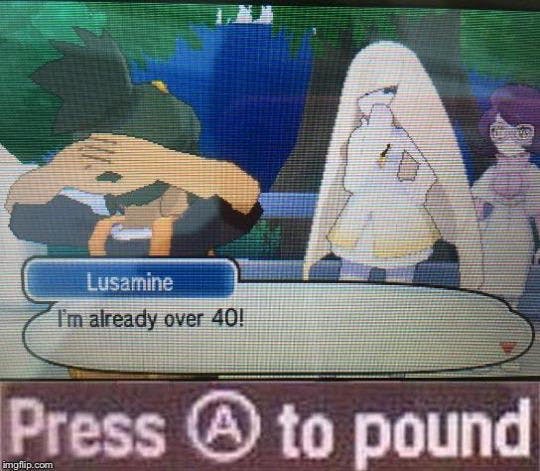 Now every girl and woman in the game is getting the same treatment—and getting “pounded.”  Know Your Meme has amassed a fairly large collection of examples: 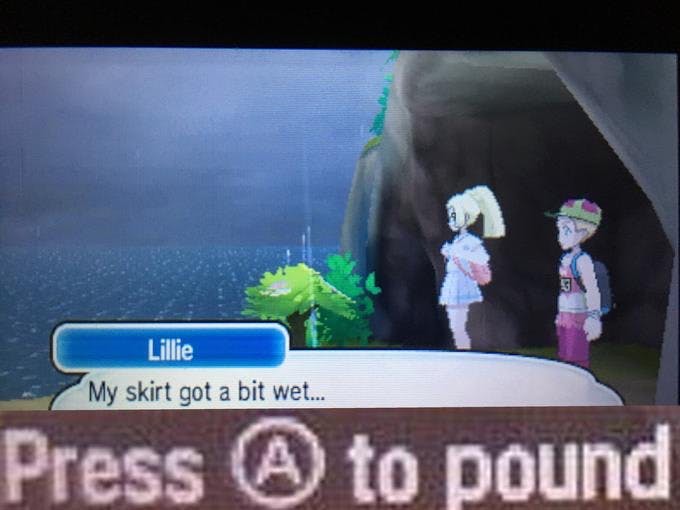 Even actual preschoolers aren’t immune. This is where the “press A to pound” meme is at its worst: 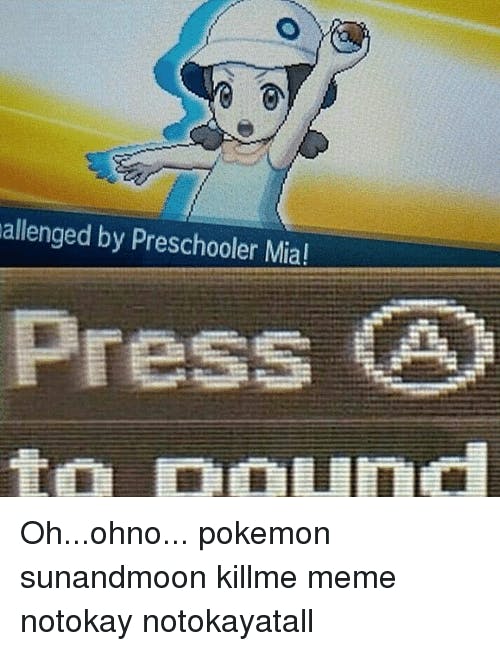 It’s gross but unsurprising. This is the same internet that perved on kids’ show Lazytown‘s tween protagonist, Stephanie, and brought us Pedobear.

What’s more surprising is that even the Rotom Pokédex, basically your character’s smartphone with a weird Pokémon living inside it, is getting pounded: 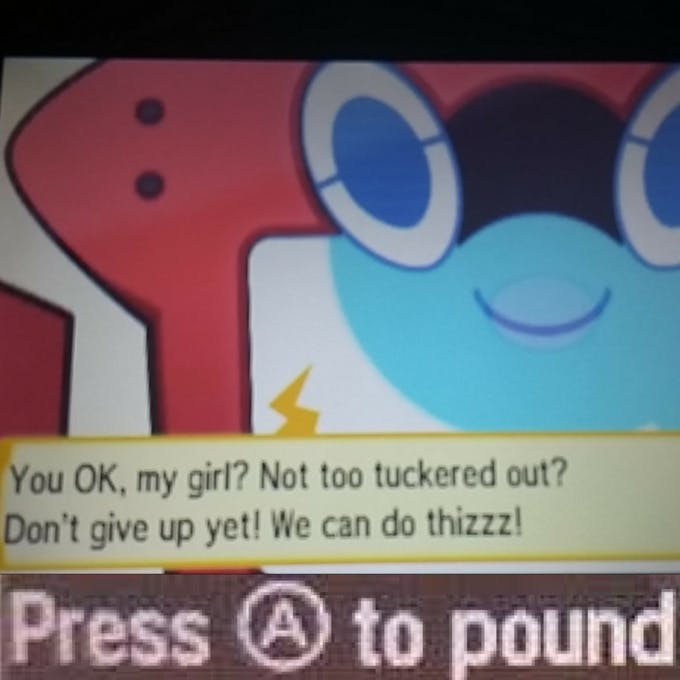 The most clever uses of “press A to pound” combine it with the memes of the past. For example, the Nut Button that dominated much of 2016:

While “press A to pound” is most definitely a creepy sexualization of a kids’ game, there’s an argument to be made that it’s not just Pokémon‘s fans who are thirsty. It’s also the game’s creators, who seem to enjoy seeing how much suggestive language they can sneak in.

In the scene where “press A to pound” emerged, Mallow’s actual dialogue asks you to grab a thick club and a rare bone, and pound your ingredients—grind it! turn it to goo!—until “a unique aroma begins to waft over the area.”

And then Lana says, “The flavor from the rare bone seems to fill my whole mouth”

So, there you have it. Pokémon’s designers didn’t ask for the kind of porn-tastic teenage-boy horniness the game has inspired, but they seem to have creatively put the “freak” in Game Freak and the S&M in Sun and Moon.