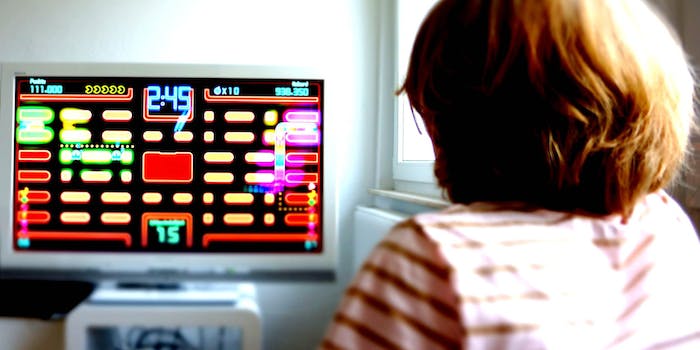 As always, though, there's a catch.

We’ve known for years that playing video games could improve your brain functions, whether you’re playing them for fun or for a specific purpose. Now there’s fresh evidence that video games are brain builders rather than brain melters.

A new study published in the journal Computers in Human Behavior found that people who have played video games for longer and who play games that employ navigation are better at navigating a new, virtual environment.

The participants then played a little game in which they had to explore the rooms of a virtual museum. Once they’d familiarized themselves with the controls and the layout of the museum, they were tasked with finding and collecting letters in each room. The researchers scored them on how quickly they were able to get from their starting point to their destination.

After the participants completed that task, researchers asked them how they were able to navigate and then categorized their answers. Most participants had constructed a map in their mind and imagined themselves on it to find their way around, often using objects like paintings and statues in the rooms and hallways as landmarks.

The students who had been playing video games the longest were the most efficient at the task and got the highest scores.

After completing the study, the researchers also looked at how people’s preferred types of video games affected their navigational abilities. They found that people who played video games that involved navigation, such as first-person shooters or open-world fantasy games, scored better than people who didn’t play those types of games.

Of course, the researchers only found a correlation, not a cause-and-effect relationship. They speculated in their published report that people who were more naturally gifted at navigation may gravitate toward those games. However, given that the participants who did the best had been playing from an early age, the researchers felt that it was unlikely that they were self selecting.

They also found that people who subjectively rated themselves as being good with directions also performed better on the museum navigation task than people who didn’t think themselves as particularly accomplished navigators.

This study builds upon a previous study that found a similar correlation between gaming and navigational ability. It’s also part of a growing body of evidence that playing video games regularly, even for entertainment, does affect the brain. This is thanks to neuroplasticity, or its ability to adapt to particular stimuli. Other studies have found that gamers outperform non-gamers on certain cognitive tasks that employ visual skills or require a certain amount of acute attention.

Current evidence only shows an association between gaming and cognitive function. And because gaming is usually a lifelong hobby that starts at an early age, it’s hard to replicate most people’s gaming experience in a controlled laboratory setting.

So far, though, the evidence is looking great for gamers.

Photo via Lars Frantzen/Wikimedia (CC BY 3.0)