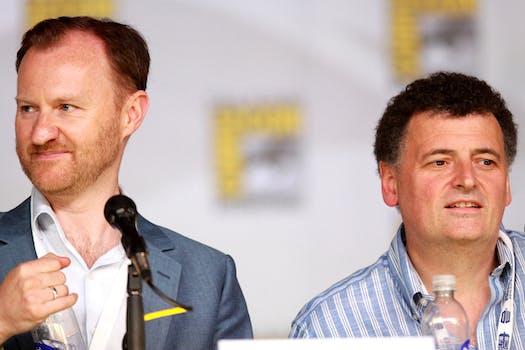 They've worked together before.

The duo behind BBC’s Sherlock is teaming up again to bring their own spin on a classic horror story.

Steven Moffat and Mark Gatiss are in talks with the BBC to adapt Dracula for television. Not much is known about the series yet—Moffat and Gatiss are still in early discussions—but it would mark the first Dracula TV adaptation since the NBC series starring Jonathan Rhys Meyers, which only aired for one season. It’s the first BBC television adaptation of the classic story since 2006.

Little is known about Moffat and Gatiss’ take on Dracula, and whether their show would be modernized like Sherlock. The hit BBC series took Sherlock Holmes, John Watson, Mycroft (played by Gatiss), and other characters in Sir Arthur Conan Doyle’s stories and placed them in modern-day London; the Sherlock special, “The Abominable Bride,” being the one exception. However, it will be presented similarly to Sherlock as short seasons with feature-length episodes.

Moffat and Gatiss are frequent collaborators, having also worked together on Doctor Who. Moffat has served as showrunner for the past six years and will step down at the end of this season, while Gatiss has written several episodes for the show.

It’s unclear how (if at all) Dracula would affect their other big show, Sherlock. While Moffat and Gatiss have said they’d be open to doing more episodes, a fifth season has yet to be announced. That’s likely in no small part due to Sherlock stars Benedict Cumberbatch and Martin Freeman’s busy schedules.